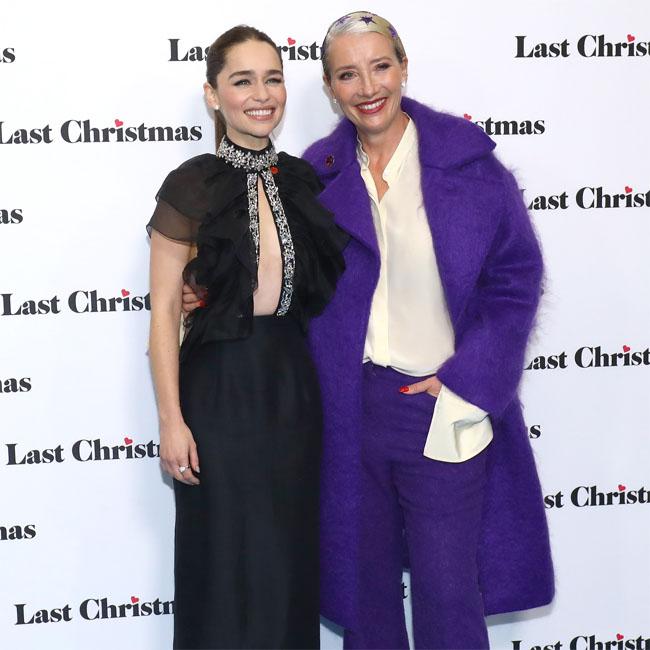 Emilia Clarke has praised Emma Thompson and her husband Greg Wise for their "sublime" writing on 'Last Christmas'.

The 'Game of Thrones' star plays lead character Kate in the new festive rom-com and she admits she hasn't got enough good things to say about the script which jumped off the page to her.

Speaking at the UK premiere of the film in London on Monday night (12.11.19), Emilia said: "Emma Thompson and Greg Wise's writing is sublime and I think they wrote an incredible character that you can empathize with and relate to. She's trying to find her feet."

Emma, 60, also appears in the movie - which is directed by Paul Feig - as Kate's mother Petra and Emilia, 33, managed to pick her co-star's brain during shooting to get some career tips.

When asked on the red carpet what she had learnt from Emma, Emilia told BANG Showbiz: "Everything. Emma Thompson told me to find what brings you joy and I haven't forgotten it."

Emma didn't want her film to be overly political, but she felt it was important to set the movie against the backdrop of Brexit - which refers to Britain's decision to vote in a referendum to leave the European Union.

The 'Howards End' star explained: "It was important to show real life and not a pretend version of it. It is set in 2016 and we are an immigrant family, so Brexit is very frightening for these people. But it's not a political movie in that sense."

'Last Christmas' is also inspired by the music of the late George Michael, and his band Wham!'s hit single of the same name, and Emilia has admitted she was worried about singing George's hits.

"[But then] I kind of realized that the words that I were saying were so poignant for the character, and that I was telling her story, and it's just that George Michael was giving me the vehicle with which to do it."