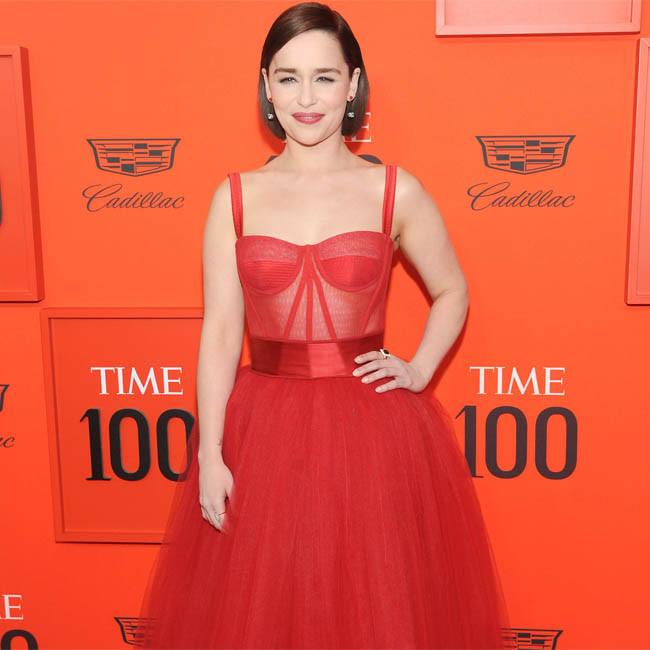 Emilia Clarke and Chiwetel Ejiofor will star in the new sci-fi rom-com 'The Pod Generation'.

The British stars have boarded 'Cold Souls' director Sophie Barthes' upcoming flick, which follows the couple's "wild ride to parenthood" through a tech tool that offers them the chance to "share pregnancy on a more equal footing via detachable artificial wombs, or pods."

As reported by Variety, the movie is set in a near future, where AI is all the rage and nature is becoming a distant memory. The story revolves around Rachel (Clarke) and Alvy (Ejiofor), a New York couple who are ready to take their relationship to the next level and start a family.

Rachel’s work gives them a chance to use a new tool developed by a tech giant, Pegasus, which offers couples the opportunity to share pregnancy on a more equal footing via detachable artificial wombs, or pods.

Alvy, a botanist and devoted purist, has doubts, but his love for Rachel prompts him to take a leap of faith. And so begins the wild ride to parenthood in this brave new world.

Sophie said: “Working with Emilia and Chiwetel as a couple on screen is a dream come true. Emilia’s versatility, her disarming sense of humor and capacity to navigate complex emotions are a perfect match to Chiwetel’s charisma and extraordinary screen presence.”

Emilia's previous credits include her role as Daenerys Targaryen in 'Game of Thrones' as well as the rom-com 'Last Christmas' and she previously hit out at fans who are desperate to find out spoilers.

Chiwetel, meanwhile, recently starred in Doug Liman's rom-com heist movie, 'Locked Down', and Netflix's superhero film 'The Old Guard', while he is set to reprise his role as Karl Mordo in 2022's 'Doctor Strange in the Multiverse of Madness'.