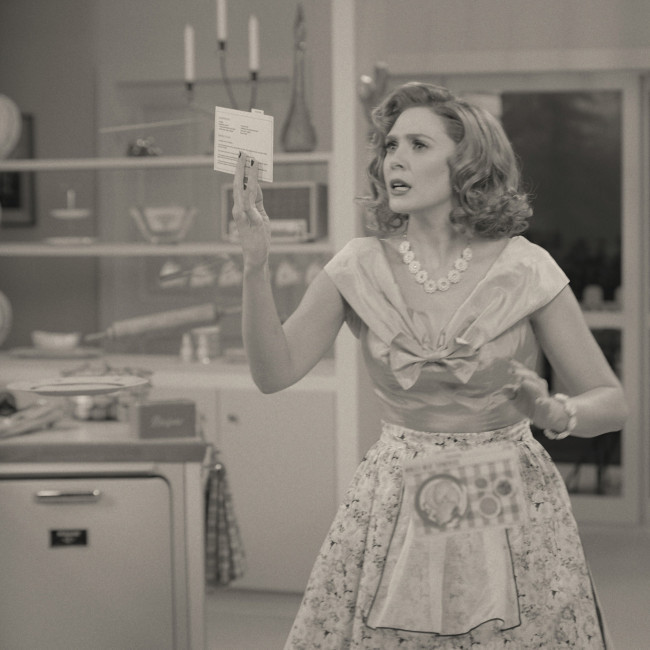 Elizabeth Olsen says filming Marvel scenes before the special effects are applied is "silly" and "ridiculous".

The 33-year-old actress portrays Wanda Maximoff/Scarlet Witch in the MCU, and she admitted she would love for a version of 'WandaVision' without the CGI to be released so people can see just how bizarre it is.

She told Variety: “It’s just silly. There’s a lot of silly stuff. I always wish that one day they just release a version of the film without any special effects, because then you understand how ridiculous it feels.

“And how spectacular the work is that goes into making these.”

And Marvel stars have to "act" their "ass off" to pull it off.

She said: “It’s very embarrassing shooting those kinds of things, because, like, the world depends on you doing it.

“It was one of the last things we shot. I felt really comfortable with him as an actor if we had to improvise that beat a little bit. We were trying to find it, with [directors] the Russos guiding us. And I just remember being giggly the rest of the day, while [Thanos actor Josh] Brolin had his helmet on. And I don’t know. These movies are very silly, but you have to act your ass off for them to work.”