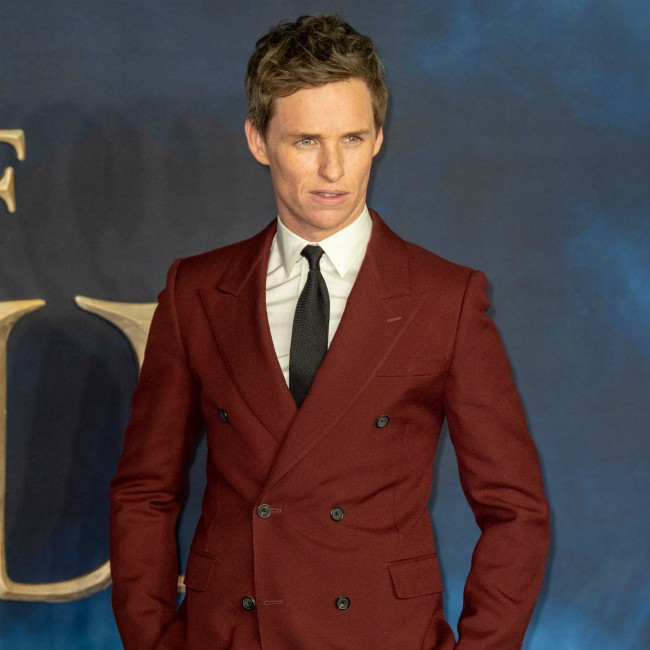 Eddie Redmayne had to swim in freezing water for 'Fantastic Beasts 3'.

The 39-year-old actor has revealed he had to brave swimming in freezing cold water as he reprises his role as Newt Scamander in the latest movie in the 'Harry Potter' prequel series.

In a conversation with Jamie Dornan for Variety's Actors on Actors series, Eddie explained: "I can't tell you anything other than the fact that I think I've got some night shoots in Watford, in Leavesden, England, that we were meant to shoot in the summer in water.

"But now obviously because of lockdown, and the film shutdown, they're being shot in early December. And suddenly you find yourself swimming outdoors in British winter."

Eddie also remained quiet when quizzed about the movie's plot by the 'Wild Mountain Thyme' star.

He remarked: "What can I tell you about the plot? Really, not much, mate. I mean, when you come over for dinner, I can tell you. Except - I can't, because that would be the NDA I signed."

Eddie also stars in 'The Trial of the Chicago 7' - but he had "slight hesitation" about joining the project as he was such a big fan of director Aaron Sorkin's work.

The Oscar-winning star said: "I think you know that Aaron Sorkin has always been someone that I've sort of loved, and whose work I've been kind of mildly obsessed with. So it was genuinely one of those moments when the script arrived that it sort of felt too good to be true. And I kind of said yes before reading the thing.

"There was actually that slight hesitation, when you really love someone's work, and you can't quite believe that they've invited you to the party. And then there's the fear of: what if it's the one shoddy one they do?

"Because I've done that; I've worked with brilliant actors who never do bad films, except for the film I do with them. But it was brilliant, and a really riveting read."