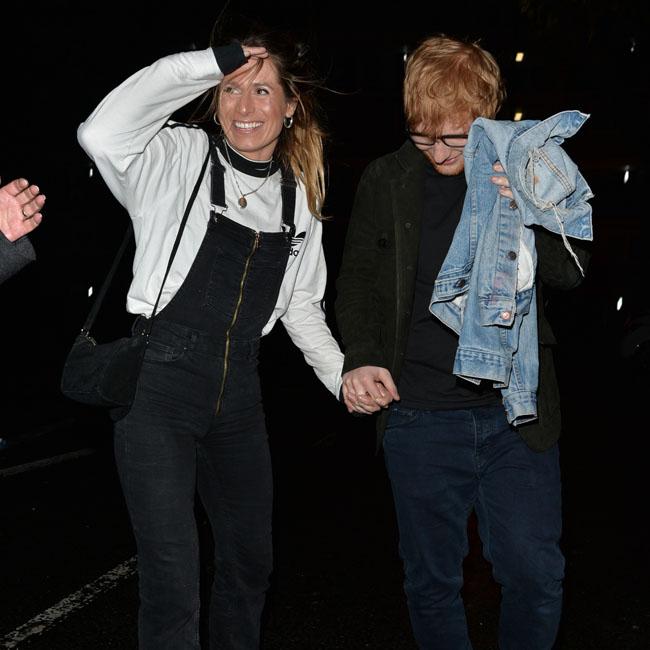 Ed Sheeran's wife will reportedly appear with him in 'Yesterday'.

The 'Shape of You' hitmaker landed a role in Danny Boyle's upcoming movie - which follows a struggling songwriter Jack Malik (Himesh Patel) who, after an accident, ends up in a world where nobody else has heard of The Beatles - and it seems his partner Cherry Seaborn will also be seen on the big screen.

A source told The Sun newspaper's Bizarre column: "Shooting this film was a real laugh and they did some of it on Ed's tour.

"Cherry visits him on the road a fair amount and ended up getting to feature in a scene as an extra.

"It's only a tiny part but Ed and Cherry thought it was hilarious, and it's pretty cute. She even appears in the end credits."

While Sheeran is in several scenes in the film playing himself as he spots Patel's character - who is passing off The Beatles' music as his own - and turns him into a start, it's said Seaborn's appearance is more fleeting.

With Boyle at the helm and Richard Curtis in charge of the script, fans are excited for the movie's release.

And Sheeran recently revealed he was also tasked with helping the leading man become a "fantastic performer".

He said: "Himesh has been phenomenal. He's gone from being a bit reticent to shy to being a fantastic performer.

"Danny wanted me to work with the main actor and turn him into a superstar, he was really adamant.

"We worked with Himesh all the way through from buying his first guitar in the shops, so finding one he could love and learn to play with, to sending him out busking and playing the songs."