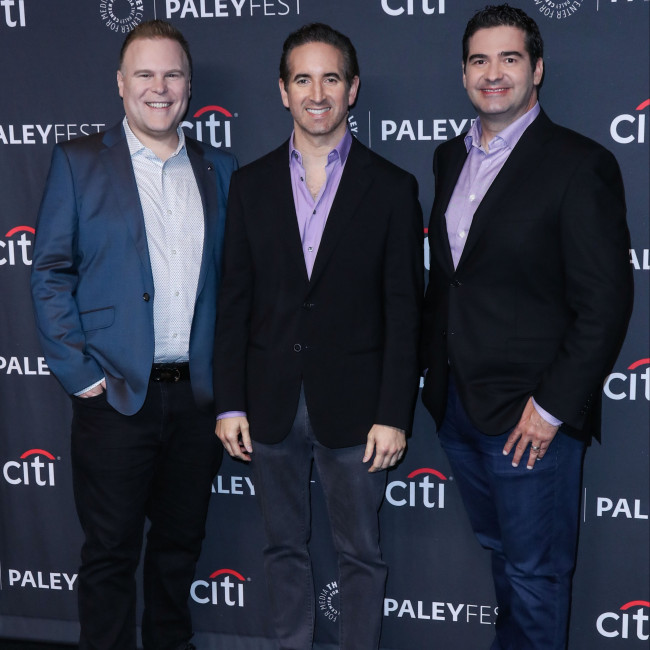 Duke Nukem movie is in the works

A 'Duke Nukem' film is in the works.

Legendary Entertainment – the company behind 'Dune' and the 'Godzilla' monster movie series – have acquired the movie rights from Gearbox with 'Cobra Kai' creators Josh Heald, Jon Hurwitz and Hayden Schlossberg.

Legendary are producing with Jean Julien Baronnet for Marla Studios, which specialises in video game adaptations. Heald, Hurwitz and Schlossberg are all producing via their Counterbalance Entertainment.

The 'Duke Nukem' series launched in 1991 and centres on the titular hero – modelled on certain attributes from 1980s action movie heroes - who battles an alien invasion in Los Angeles.

He travels from strip clubs and film sets to moon bases and spaceships, where has to deal with mutated LAPD officers, women used in alien incubators and the Cycloid Emperor.

The game proved to be a hit with sequels following in both 1993 and 1996 before the franchise returned in 2011 with 'Duke Nukem Forever'.

No director is on board yet – although one of the Counterbalance team could potentially get behind the camera - and a search for a writer to tackle the material is underway.

Various indie producers have attempted to develop 'Duke Nukem' and a project starring John Cena was in development several years ago but never got off the ground.

Gearbox is also turning another hit video game into a Hollywood movie in the form of 'Borderlands', which will be directed by Eli Roth and is starring Cate Blanchett and Kevin Hart.