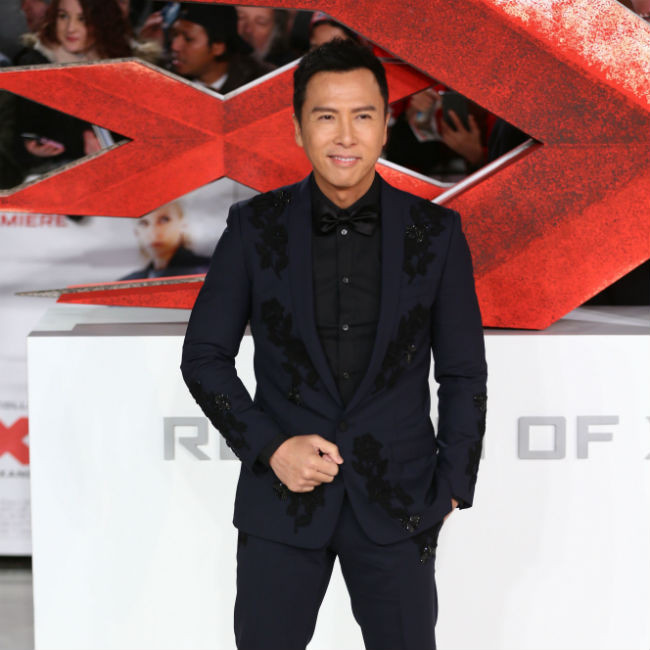 Donnie Yen has described 'John Wick: Chapter 4' as his most enjoyable Hollywood film.

The 58-year-old actor will be seen in the latest movie in the action franchise, which is led by Keanu Reeves as the titular character, and says it is the most fun he has had on a Tinseltown project.

Donnie told the website Collider: "I have to take this opportunity to (express) my utmost appreciation for Chad (Stahelski) and Keanu (Reeves). They're just lovely men, gentlemen, they've got a big heart. Keanu's got a good soul, a good man. Chad is also a very good man, very knowledgeable.

"People think of him as a brilliant action guy, he's not (just that), he understands films. He's a film librarian, he knows what's going on. I'm having the best time working with them in this movie, (more) than any of my previous Hollywood movies, so I wanted to express my appreciation."

Donnie also praised Keanu for his work ethic and enjoys collaborating with the 'Matrix' star.

The 'Ip Man' actor added: "He's great, it's more than I expected. He's the guy, he does everything himself. He put in the hours, he put in the work and he can do it. He's no joke. I have that respect for him, and he's just a cool guy to be around and to work with."

Donnie previously starred in 'Rogue One' as Chirrut Imwe and revealed that he would be prepared to return to the 'Star Wars' franchise.

He said: "Well, I would definitely consider it. I had a great time shooting 'Rogue One', and I guess people like my character.

"It really depends, you don't know what they're thinking. I leave it up to Disney to sort it out. We'll see. I believe in destiny. A lot of times, what brings people together in one film, it's all about timing and destiny."