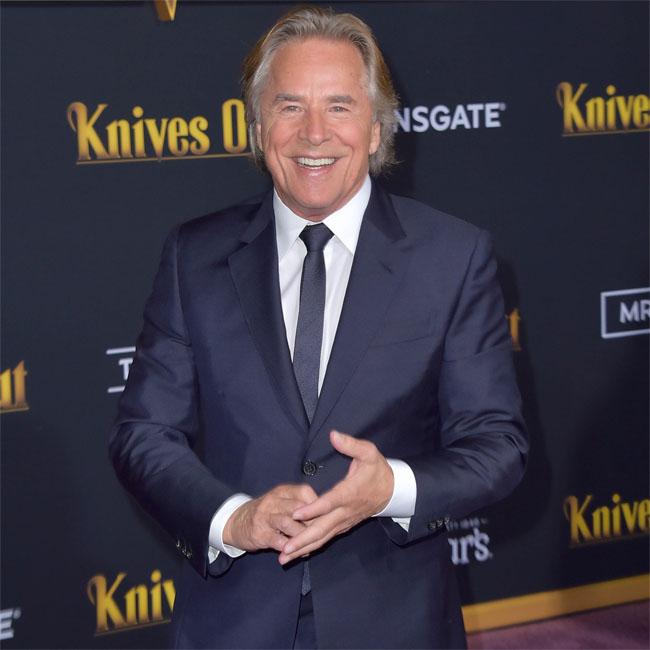 Don Johnson has been cast alongside John Boyega in 'Rebel Ridge'.

According to Deadline, the 'Miami Vice' star is set to join Boyega in the Netlfix production from writer/director Jeremy Saulnier, whose previous credits include 'Green Room' and 'Hold the Dark'.

The pair will be joined in the cast by Erin Doherty, James Badge Dale, Zsane Jhe and James Cromwell.

The movie is described as a deeply human yet high-velocity thriller that explores systemic American injustice in the context of bone-breaking action, ever-coiling suspense, and black humor.

Saulnier is also a producer on the project, along with Anish Savjani, Neil Kopp and Vincent Savino. The executive producers are Macon Blair and Louise Lovegrove.

Johnson recently starred in the hit murder mystery 'Knives Out' and

and has enjoyed a career which has spanned over five decades, and he admits he is surprised that he is still working as he did not expect to live to 30.

"I think I speak for all actors: (when) you finish a job, you almost always think, 'Well, that was it. I'll never work again.'

"So every day is Christmas for actors. Either Santa was good to you that day or not."

Johnson also revealed that his "pretty boy" looks counted against him as he was first trying to make a name for himself in Hollywood.

The 70-year-old said: "I always felt confident about my skills and ability. "I had to overcome some physical attributes that, on the surface, you would think would be an asset, because I happened to be a very attractive young man.

"But I was sort of androgynous at a time when androgynous was not necessarily the thing. I was young, skinny as a rail and had long hair and my features ... I was kind of a pretty boy.

"That's not the way I felt about myself, but it was the thing I had to overcome to be taken seriously."