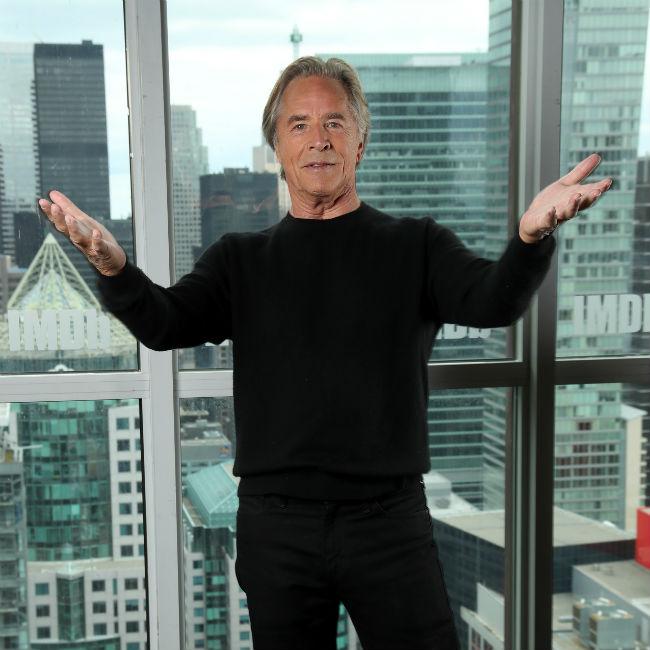 Don Johnson was surprised to see his daughter Dakota Johnson enter the world of acting.

The 'Miami Vice' star has admitted he had no idea the 'Fifty Shades' actress - who he has with Melanie Griffith - was planning on following in her parents' footsteps because it wasn't something she discussed with them.

The 30-year-old actress made her debut with a cameo in 1999's 'Crazy in Alabama alongside her mom, when she was just 10, but she didn't start acting again until after she left High School, with her next gig following in 2010 in 'The Social Network'.

Her first major starring role was as Anastasia Steele in the 'Fifty Shades' films between 2015 and 2018.

In an interview with the Guardian newspaper, Don said: "I didn't know that she wanted to do it.

"She hadn't shared that with us.

Don, 69, also admitted that he believes his daughter is a "better" actor than himself and Melanie "in some ways".

He continued: "Ha ha, the last I saw of Dakota. She has the goods.

"She's a wonderful actress, and in some ways better than her mother (Melanie Griffith) and me."

Meanwhile, the 'Knives Out' star also admitted that he did not expect to live to 30 and is amazed to still be acting as he approaches 70.

"So it's all been gravy.

"I think I speak for all actors: (when) you finish a job, you almost always think, 'Well, that was it. I'll never work again.'

"So every day is Christmas for actors.

"Either Santa was good to you that day or not."

Don shared how his "pretty boy" looks didn't always serve him, and how he had to "overcome" his "psychical attributes" to be "taken seriously" in Hollywood.

He explained: "I always felt confident about my skills and ability. "I had to overcome some physical attributes that, on the surface, you would think would be an asset, because I happened to be a very attractive young man.

"I was young, skinny as a rail and had long hair and my features ... I was kind of a pretty boy.

"That's not the way I felt about myself, but it was the thing I had to overcome to be taken seriously."