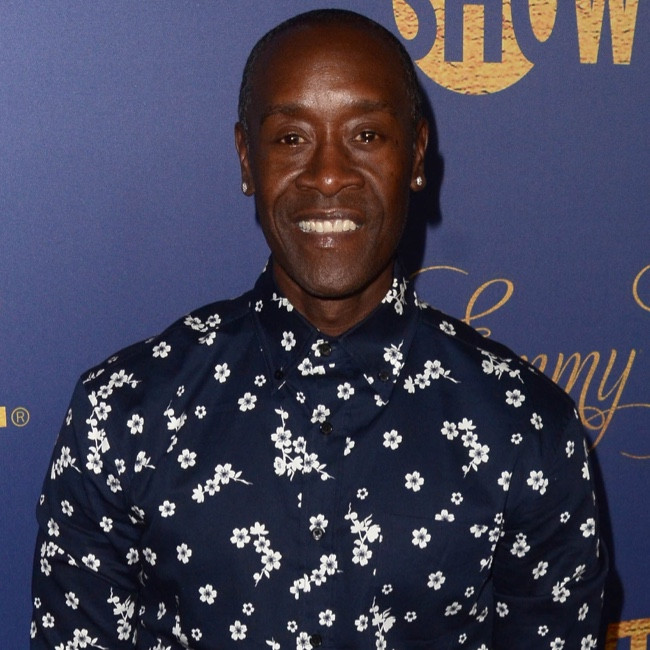 Don Cheadle was keen to star in "cool family story" in 'Space Jam: A New Legacy'.

The 56-year-old actor plays the evil Al-G Rhythm opposite NBA icon LeBron James as the lead in the upcoming sports comedy sequel - which follows the 1996 animated classic that starred basketball legend Michael Jordan alongside the Looney Tunes characters – and was keen to appear in the new take on 'Space Jam'.

Asked why he took on the role, Don said: "What was pitched to me, what they wanted to do with my character, what was going to happen with LeBron, the conceit of the film and the opportunity to take a classic title like that and do another spin with the latest GOAT, being LeBron, I just thought, 'Hey, this is cool.'

"To get to play this really innovative character, which I don't even know how much I can talk about, or what you know. But I just thought it was going to be a cool family story with LeBron and a cool character to play opposite him."

Don has hinted that his character is LeBron's "nemesis" although he is unable to reveal too much about the plot.

The 'Traffic' star told Entertainment Weekly: "I feel like like I can talk about it and then I see the red dots show up on my forehead and I'm like, 'Oh, no, can't talk about that!'

"Al-G Rhythm, I guess we can say in some ways is LeBron's nemesis, but I don't think he sees himself in that way. People are like, 'Is he the bad guy?' and I'm like, 'I don't know if he's the bad guy.' But he and LeBron do find themselves on opposite ends of the situation.

The star was also full of praise for LeBron's performance in the movie, which is slated for release this summer.

Don said: "He takes it very seriously and it was really important for him to get it right, and he could have obviously phoned it in and been like, 'I'm LeBron James, deal with it.'

"But we rehearsed a lot, running lines off to the side, discussing what these characters want, all the stuff you would do with any actor. So I was pretty impressed."