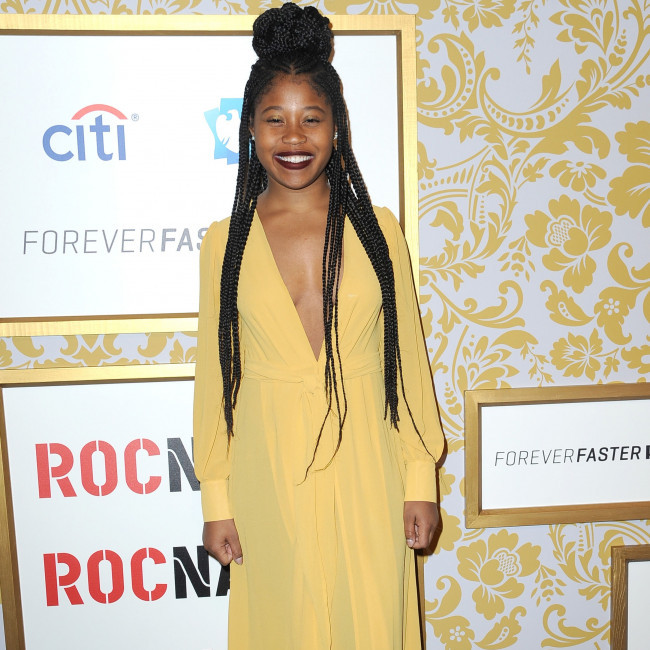 Dominique Fishback is set to star in the upcoming 'Transformers' sequel.

The 30-year-old actress is reportedly in talks to join the cast of Paramount's upcoming blockbuster which has 'Creed II' filmmaker Steven Caple Jr on board to direct.

Dominique is set to star alongside Anthony Ramos although plot details on the project are being kept under wraps.

Fishback has recently won acclaim for her role as Deborah Johnson in 'Judas and the Black Messiah' and reportedly won over film bosses as she was screen-tested alongside Ramos.

Darnell Metayer and Josh Peters are writing the film based on a script by Joby Harold.

Paramount have decided to revamp the 'Transformers' franchise and a number of different projects are in the works.

A separate 'Transformers' flick is in development with Angel Manuel Soto directing and Marco Ramirez penning the script.

Details on the project are scarce but it is being developed separately from the universe of the main 'Transformers' films that Paramount Pictures have been making since 2007.

It is thought that Lorenzo di Bonaventura, Don Murphy and Tom DeSanto – who have served as producers on the previous flicks – are to be involved.

The origin story will be set on the planet Cybertron, the planet where the living robots come from.

It is separate from the live-action 'Transformers' series and 'Bumblebee' spin-off and will exist outside the franchise timeline.

Studios were reportedly more likely to focus on animated films during the coronavirus crisis because it is easier to complete production on an animated motion picture while maintaining social distancing.