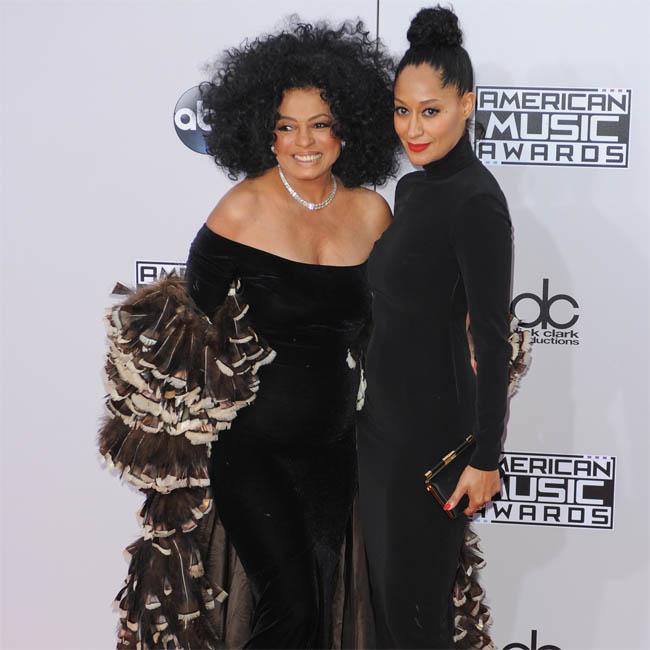 Tracee plays the role of singer Grace Davis in the music industry comedy and admitted that her Motown legend wept after hearing some tracks from the upcoming movie.

She told Daily Mail newspaper's Baz Bamigboye's column: "I picked her up and we sat in my car. We were holding hands and crying as the songs played.

"It was a special moment!"

The flick follows middle-aged singer Grace and her personal assistant Maggie Sherwoode (Dakota Johnson) as the pair battle to record a new album, and Tracee insists that viewers can relate to the movie and the characters.

She explained: "Yes, it's about the music industry, but it's so identifiable on a personal level.

"We so often decide that these larger-than-life characters, like Grace, are not human."

Meanwhile, the star revealed she actually had little interest in following her mum into the music industry.

The 'Girlfriends' star said: "I had little moments and never tried to go beyond that. And then this movie comes along... at age 47!"

Tracee insisted she even had no idea how a recording studio worked before shooting the film.

She explained: "I know where the mic was, but I didn't know what the controls were for. For Christ's sake, doesn't someone just press the red button?!"

And despite her earlier reservations, Dian's daughter admitted 'The High Note' has now inspired her to make music as herself, rather than simply keeping it in character.

She said: "I would love to dive in and find producers to help me find what the Tracee sound is. I have some ideas!"