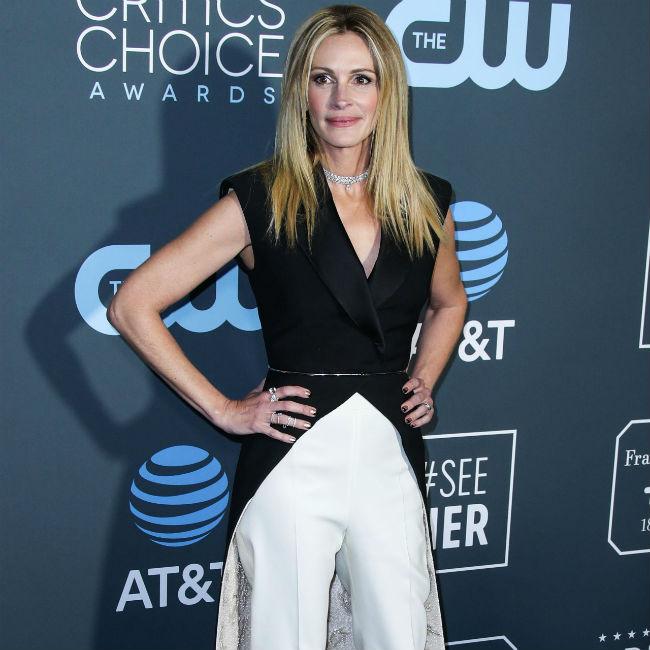 Denzel Washington and Julia Roberts are to reunite for Netflix movie

Denzel Washington and Julia Roberts are to reunite for a new Netflix movie.

The pair starred alongside one another 27 years ago in 'The Pelican Brief', and they are to team up again for drama film 'Leave The World Behind'.

According to Deadline, Netflix have won the world rights for the motion picture, which is to be directed by Sam Esmail.

The movie will be based on a Rumaan Alam novel, which is due to be released this autumn.

Both Washington and Roberts will produce the project, as will Esmail, and author Alam will executive produce the movie.

Alam's book 'Leave The World Behind' will tell the story of two families who are forced together on a long weekend, which goes badly wrong.

Roberts has also worked with Esmail before, on Amazon drama series 'Homecoming'.

While they haven't shared the big screen together since 1993's 'The Pelican Brief', Washington and Roberts reunited last year when he was presented with the American Film Institute's Life Achievement Award.

In a tribute to the star, Julia said at the time: "I met Denzel Washington over half of my life ago.

"Working with Denzel, I had really never seen anything like it, honestly.

"It was like working as I imagined, with wheels.

"People screaming, women fainting in the street. I am amazed that I was never trampled in the crowds.

"But what I remember so well as meeting Pauletta and all your kids and seeing how you valued your family, your home life above all else.

"I know it takes a lot of hard work but you and Pauletta made it look like a dream to me, and now I live my life with those same values.

"The two of you inspired me then and continue to inspire me to this day."