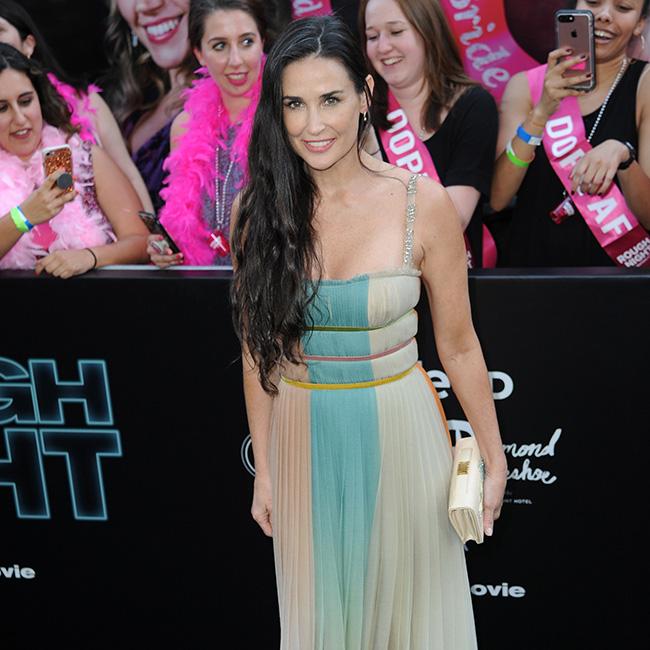 Demi Moore says Songbird explores 'what happens in our nightmares'

Demi Moore's new movie is an exploration of "what happens in our worst nightmares".

The 57-year-old actress stars in the romantic thriller 'Songbird' alongside the likes of KJ Apa and Sofia Carson, and Demi has teased details about the new film.

She said: "You know, it is looking at a world that has separated between those who have and have not, and the desperation and fear that can take over."

'Songbird' tells the story of a population under lockdown as a virus creates a division between rich and poor.

Speaking about her role, Demi told The Independent: "My character is a woman, a mother and wife, who has resorted to some black market dealing to survive.

"It's a world in which if you're immune, which my character is, you have almost a free pass to move about whereas everyone else cannot."

Meanwhile, Demi believes the film industry has "definitely" become a healthier environment during her time in the business.

The Hollywood star feels like the "blinders" have been taken off the industry as it encourages more equality across the board.

Demi - who was married to Ashton Kutcher between 2005 and 2013 - recently said: "We are moving in the right direction. We have more work to do but at least we are now operating with a level of awareness and consciousness that was not there. It is almost like the blinders have been taken off.

"We are operating from a new baseline and I think we are better because of it."