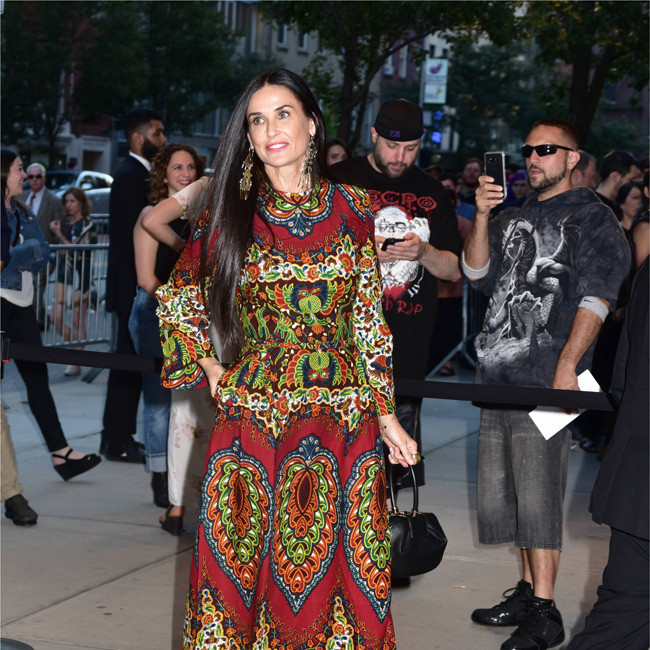 The 58-year-old actress leads the cast in director Michael Bay’s pandemic-themed romantic thriller and she admitted they were all very aware that they were the “test case” in how the movie industry can now operate because they were the first to start filming in the wake of the coronavirus crisis.

She said: "It was the first film from what I understand, to get the green light [to start filming].

"So in a way I felt like we were the guinea pigs. We were the test case to see if it could work as they were slowly rolling out a new version of how we can work safely.”

Demi – who plays Piper Griffin in the film – believes the movie offers a “cautionary tale” and depicts everyone’s “worst nightmare” amid the coronavirus crisis.

She explained: “It's about a pandemic in the future and I think it's a cautionary tale. It's the version of what happens in our worst nightmare with this virus.

"My character is a woman, mother and a wife who has resorted to some black market dealing to survive for her family.

"And it's a world where if you're immune to the virus, which my character is, you have almost a free pass to move about where everyone else cannot.”

When it comes to the rest of the career, the ‘Basic Instinct’ star has always sought roles she felt were “provocative” or could teach her something about herself.

She said in a recent interview: “I was definitely moved by things that were provocative. And I don't mean just in a sexual context, but things that really pushed us to think outside the box.

"And in the very early days for me, I think so much of what inspired and moved me was about exploring how to love myself, how to find myself and in looking at different ways to discover the different pieces of me."