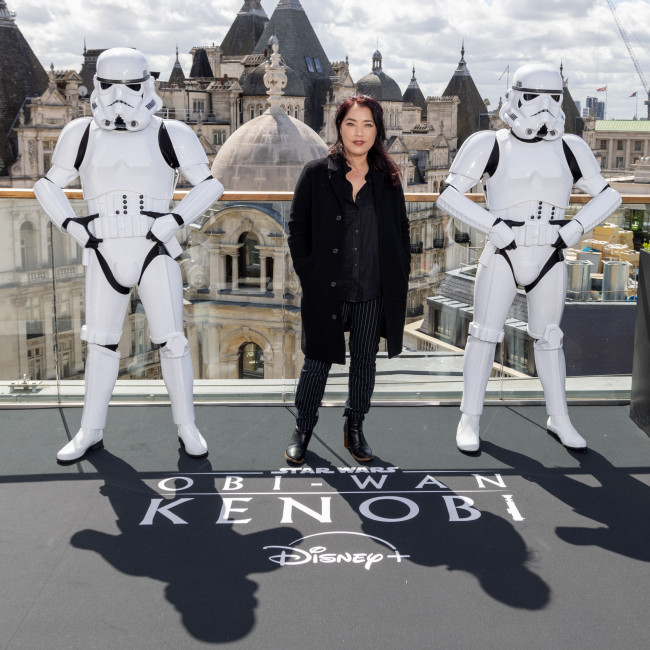 The director has helmed the 'Star Wars' spin-off series for Disney+ but doesn't think it is essential to have seen previous projects in the legendary sci-fi franchise to enjoy the new show – which marks the return of Ewan McGregor and Hayden Christensen to their roles as Obi-Wan and Anakin Skywalker/Darth Vader respectively.

Speaking to Collider, Deborah said: "I would definitely say that would if you've seen the prequels. So I think if you do have time to watch one thing, the prequels would certainly be a help in understanding the show.

"It's tricky because obviously we are so in the middle of two trilogies with these big legacy characters. Joby (Harold), who's the writer and I, when we were doing the development, were really trying to make sure that we'd always do a reality check to go, 'If we take the 'Star Wars' out of this, does this still work, just on a human level?'"

Chow continued: "I guess if you didn't know anything at all about 'Star Wars', which feels like it'd be hard to find a person who maybe doesn't know anything, I think you could still watch it. You may not get every single reference or understand everything, but I think hopefully it still works just on a human level."

The filmmaker revealed that most of the material that had been filmed made it into the final cut.

She said: "It's interesting, almost everything was on the screen. There was very little actually that got cut. Obviously we were shooting this through COVID and it is quite an ambitious project.

"So it was kind of great actually at the end of the day that the vast majority of what we shot actually is on screen."