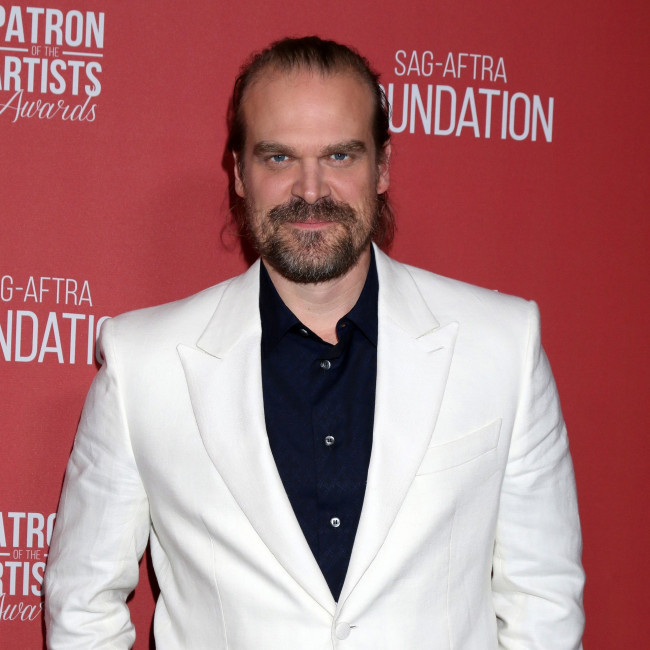 The 46-year-old actor has been cast in the film - which is due for release just in time for next year’s festive season - and it is said to be a “dark holiday thriller”.

As reported by Collider, the ‘Hellboy’ actor will work with director Tommy Wirkola - whose previous credits include ‘Dead Snow’ and ‘Hansel and Gretel: Witch Hunters’ - as he brings Pat Casey and Josh Miller’s script to life.

It will be produced by Kelly McCormick and David Leitch from production company 87North - which gave us ‘Atomic Blonde’ starring Charlize Theron and ‘John Wick’ starring Keanu Reeves - but many details, including the plot, are being kept under wraps.

The film's international distributors will be Universal Pictures.

Before this hit cinemas, David will be back on screen the Netflix hit series ‘Stranger Things’ - where he plays chief of police Jim Hopper in the fictional town of Hawkins, Indiana - for the fourth season.

David has starred in the Marvel Cinematic Universe (MCU) blockbuster 'Black Widow' and previously revealed that he has held talks with the studio about reprising the role of Red Guardian in future projects.

He said: "There is some chatter around certain things. We were pretty focused on just this.

"They also have a lot of stuff in the pipe, that, it seems like in this particular phase, there's a lot of different... there's 'Eternals', there's different elements to this universe that I think they're branching out at this point. I knew I wasn't involved in that branch.

"The discussions didn't really give a sense of what was up next. It was more just really focused on this movie, and some speculation of possibilities."