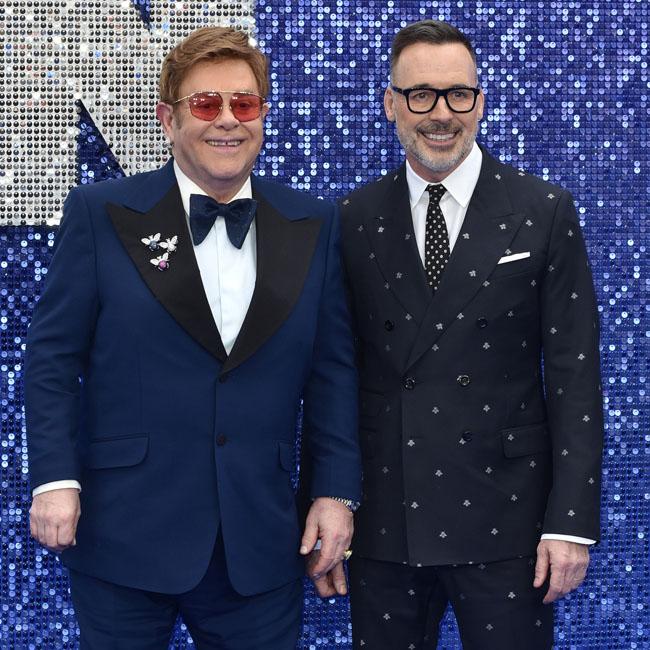 The couple sat down to watch the finished movie together and David - who produced the film, which stars Taron Egerton as Elton - admits it was an "awesome responsibility" making the movie.

He said: "I was terrified - it was an awesome responsibility. When I sat next to him ... it was without question the most anxious [moment] of my life."

And Furnish has revealed Elton was "so profoundly moved" by the movie that he thought for a moment that they shouldn't have made it.

Speaking about the first viewing at Cannes Film Festival, Furnish told the New York Post's Page Six column: "He was so profoundly moved emotionally, I thought maybe we should not have done it ... He was sobbing, he was wailing ... There was no reading in between the lines - it poured out of him."

Meanwhile, the movie's star Egerton previously revealed Elton keeps sending him 'Rocketman' reviews and he can't resist emailing them over to him "every day".

Asked if he looks at the reviews for his movies, Taron said: "So I try to avoid reviews, but Elton sends me them every day. Every day. I mean he's sort of vetting my reviews, I'm sure there are bad ones that he's not sending, but yeah. He emails them to me. It's the same title every time, 'And another one.'"

Egerton lived with Elton for a while to research the star before the film was made.

"He lends a bit of an air of authenticity and it gives this a bit of a seal of approval really, which is great. I still speak to him once or twice a week now. He's very in my life. It's nice ... and a bit f***ing surreal!"