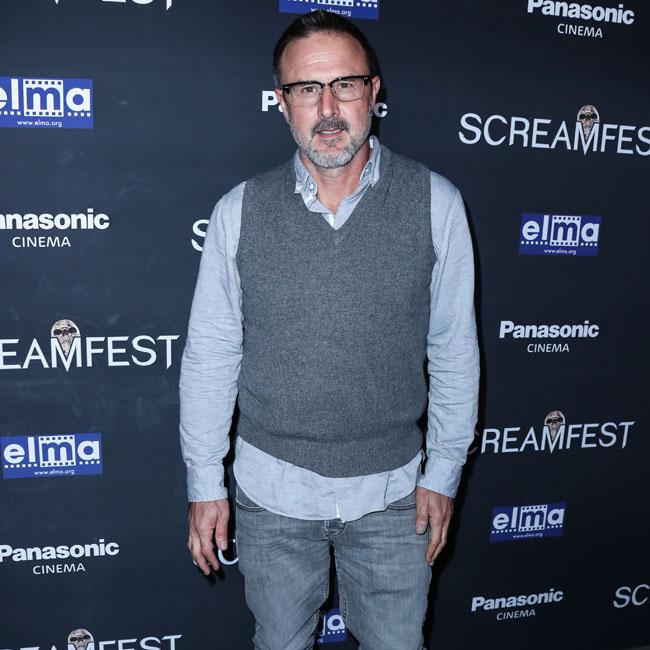 David Arquette would jump at chance to return for Scream 5

David Arquette would love to reprise his role as Officer Dewey Riley in the fifth 'Scream' film.

The 48-year-old actor says he's not yet been contacted by Gary Barber's Spyglass Media Group, who are developing the first 'Scream' film since 2011, and he's not sure if any of the other cast members will be returning, but he hopes the movie will continue the legacy late director Wes Craven left behind.

He told MovieWeb.com: "So I know just like you that they're working on a script, apparently.

"I don't know if our characters are going to be involved.

"It'd be nice. It would be exciting to be a part of it.

"It'll be sad that Wes [Craven] isn't there but I would love to see his legacy continue and the great projects and films that he was a part of an afterlife, and continue what he started.

"I would love to see more 'Nightmare on Elm Streets'.

"I just think he's such an incredibly talented and amazing person. I'm so honoured that I had gotten to work with him, just in general.

"So, whatever they decide to do, it's what they'll decide.

"You can't bet on stuff like that. You just have to keep doing what you're doing."

'Scream' was released in 1996 and spawned three sequels.

The franchise also starred Neve Campbell, Courteney Cox, and all four films were directed by Craven, who died in 2015.

'Scream' was reimagined as a television series in 2015 and broadcast on MTV.

The show suffered from low viewing figures and moved to VH1 ahead of the third series earlier this year.

Neve, 46, who played Sidney Prescott in the films, previously admitted that she couldn't imagine the franchise continuing without Craven.

She said: "Well, you know, I think it would be challenging ... Wes Craven passed away ... he was the reason those movies were good.

"I mean, obviously Kevin Williamson wrote brilliant scripts. But you know, Wes was the heart of the thing. He was what kept the dynamic consistence. I think it would be difficult to work with another director."

However, David said that felt that another film could be made as a tribute to Craven.

He said: "I think Wes Craven would still be a part of it in an incredible way. It would be like a tribute almost.

"Yeah, I think it would be really fun. I love everyone involved in it.

"Neve (Campbell) is such an anchor, and so incredible as an actress. I think there's something there."