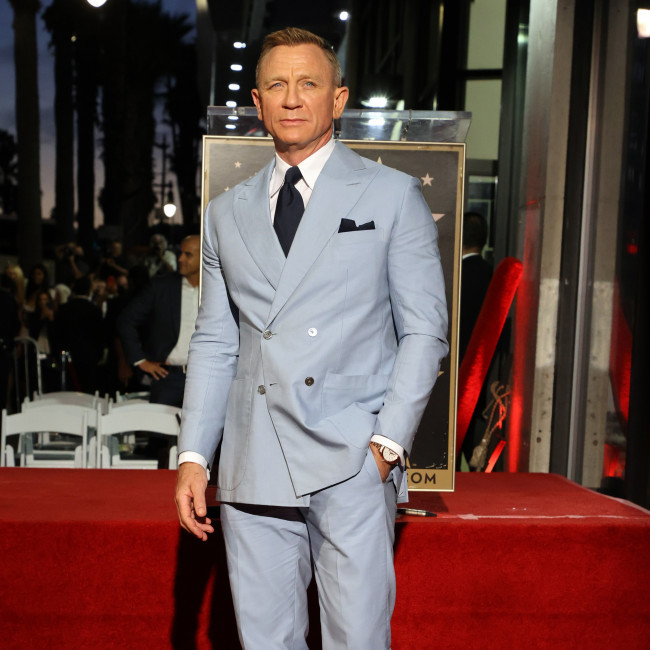 Daniel Craig offered Sam Mendes a job directing 'Skyfall' when he was drunk.

The 53-year-old actor - who departed his role as James Bond after five films in 2021's 'No Time To Die' - got carried away when catching up with his old friend and collaborator at Hugh Jackman's birthday party and in his intoxicated state, it felt "glaringly obvious" to ask the filmmaker to take the reins on what ultimately became his third outing as 007 in the 2012 movie.

Speaking on The Hollywood Reporter's 'Awards Chatter' podcast, Daniel said: "I was definitely a little drunk and Sam turned up late. He just turned up and I hadn’t seen him for years, I hadn’t seen him since Road To Perdition... We sat down and were having a drink together and it just dawned on me, it was just like one of those... Because we'd been having conversations about directors… and it just became glaringly obvious to me, sitting opposite him. I was looking at him going, ‘Of course.’... And I just basically went, ‘I’m probably not supposed to say this, but do you want to direct the next Bond movie?’ "

Sam - who also went on to direct 2015's 'Spectre' - accepted the offer, prompting Daniel to quickly realise he'd be in trouble for handing out jobs that it wasn't up to him to decide on.

He added: "And he just did this thing, he kinda just looked at me [and squinted] and said, ‘Yes.’ And I went, 'Okay', and I went, ‘I’m in s*** now.’ I’m sure there is somebody I have to talk to about that before I go offering directors jobs. It’s not my responsibility, but I was drunk! What can you say?"

Elsewhere on the podcast, Daniel admitted he is the "world's worst reader" and struggles with audition scripts because he is "probably a bit dyslexic".

Reflecting on his audition for Sam's 2002 movie 'Road to Perdition', he said: “I’m probably a bit dyslexic. I did this reading and he said, ‘That was terrible, but I’ll give you the part as you’ve come all this way’.”