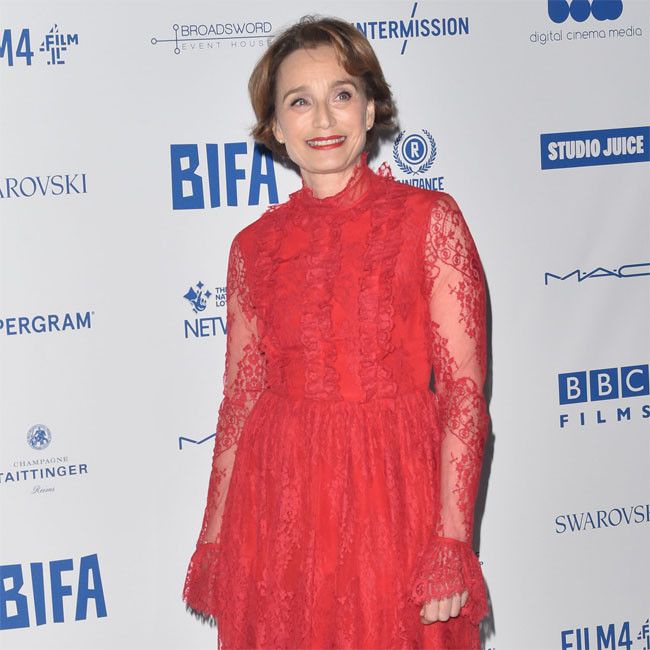 Dame Kristin Scott Thomas: I was desperate for Rebecca role

The 60-year-old actress plays the role of housekeeper Mrs. Danvers in the Netflix film, and her character disapproves when Maxim de Winter (Armie Hammer) marries a new bride (Lily James) after the death of the mysterious, unseen titular character.

Once Kristin became aware of the story she admits that she literally begged producer Eric Fellner for the part.

She explained: "As people have said, I think I'm perfect for this role. I was literally pestering Eric and saying, 'You have to hire me! Every time I would see him, I would ask, 'When are you going to offer it to me?' I was not subtle at all."

'The English Patient' star also revealed that she has found it difficult in the past playing darker characters, citing her role as the merciless mother to Ryan Gosling in Nicolas Winding Refn's 2013 movie 'Only God Forgives'.

She said: "There was nothing to love about her. I enjoyed inventing her and working with Nicolas and Ryan, but I had to carry her for seven weeks and it was debilitating. There were no redeeming features to that woman."

Kristin made her feature film debut in the 1986 Prince flick 'Under the Cherry Moon' and admits she was surprised to make a name for herself after the movie flopped.

The 'Military Wives' star told Variety: "It was what people like to call 'a turkey'.

"After being told you're a better cure for insomnia than a glass of warmed milk, I'm amazed I ever got back in front of the camera.

"To this day, I feel very, very lucky and privileged to have been involved. But it was all a difficult thing to take at the tender age of 24."