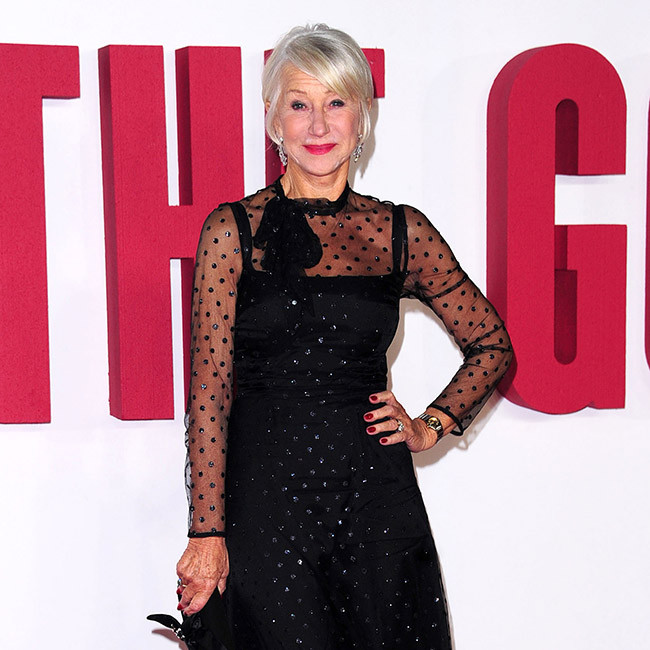 Dame Helen Mirren is to star in 'White Bird: A Wonder Story'.

The 75-year-old actress has signed up to play Grandmère in the movie, which is a spin-off from 2017 drama 'Wonder' and will see Bryce Gheisar reprise his role as bully Julian Albans.

The film - which is based on R.J. Palacio's book 'White Bird' - sees Julian transformed when he's visited by his Grandmère Sara, who recalls how she went into hiding in Nazi-occupied France with the help of a schoolfriend, who hides her at great personal risk. Ariella Glaser will play the young Sara, while Orlando Schwerdt is on board to star as her classmate Julien and, as was previously announced Gillian Anderson will star as Julian's mother.

Director Marc Forster is thrilled to have Helen join the cast.

He said: “I am deeply honoured to have Helen Mirren join us on this journey. Beyond being a brilliant actress, Helen brings an immeasurable level of depth, humanity, and empathy to her roles, elevating any project she is a part of. She is a true artist and I couldn’t be more excited to have her alongside our incredibly talented cast.”

And movie bosses are excited to see what newcomers Ariella and Orlando bring to the project.

Nathan Kahane, President of Lionsgate Motion Picture Group, said: “Helen Mirren is a screen legend – one of our industry’s most accomplished and talented actresses – so, obviously, it’s hugely exciting to know that she loves this story as much as we do and wanted to be a part of it.

“We’re equally excited to showcase Ariella and Orlando’s talents – as they take on their first major roles, they’ll bring heart, emotion, and magnetism to their performances and we are thrilled Bryce will return to bridge his role from 'Wonder'.

"'White Bird: A Wonder Story' is the kind of movie that the world needs now and it’s a thrill to have these incredible actors bringing to life this story of compassion, empathy, kindness, and hope.”

'Wonder' producers David Hoberman and Todd Lieberman, from Mandeville Films will produce along with author Palacio. Renée Wolfe, who is a partner in the director's 2DUX2, will serve as executive producer alongside Alex Young for Mandeville and James Myers and Aaron Edmonds are overseeing the project for Lionsgate.