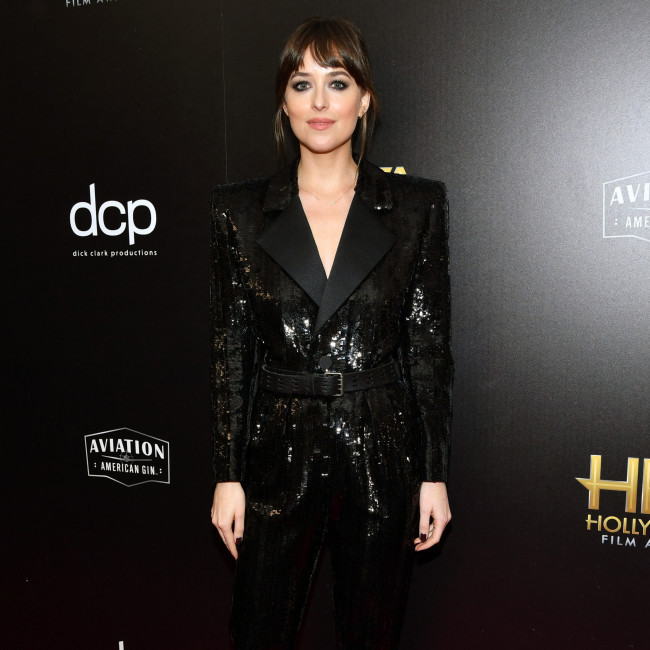 Dakota Johnson to star in ‘Persuasion’.

The 31-year-old actress is set to star in the upcoming Netflix and MRC Film production, which is based on the novel of the same name by Jane Austen.

‘Persuasion’ will be directed by theatre director Carrie Cracknell - who recently directed Jake Gyllenhaal and Tom Sturridge in ‘Sea Wall/A Life on Broadway’ – in what will be her feature film directorial debut.

Ron Bass and Alice Victoria are writing the screenplay, and Andrew Lazar and Christina Weiss Lurie are producing, while executive producers are Elizabeth Cantillon via her untitled MRC Film Romance label, Michael Constable and David Fliegel.

According to Netflix, the film’s logline is: “Living with her snobby family on the brink of bankruptcy, Anne Elliot is an unconforming woman with modern sensibilities. When Frederick Wentworth - the dashing one she once sent away - crashes back into her life, Anne must choose between putting the past behind her or listening to her heart when it comes to second chances.”

Meanwhile, Dakota recently revealed she will be in therapy for "the rest of her life" after taking "online psychology courses" in lockdown.

She said: "I've been so lucky to be surrounded by people who have encouraged me to go deeper into myself. Even during quarantine, I got really into doing online psychology courses because ... I wasn't going to get into college, but I did these amazing courses. I'll probably be in therapy for the rest of my life. You never finish learning about being a human."

The actress previously admitted she had a "panic attack" before she sang for her role in 'Our Friend' and admits it left her feeling so "terrified" that she ran off the set as she tried to cope.

She said: "Singing in front of people is actually so terrifying for me. And we had to shoot the scene where you don't even really see me. The camera's in the back of ... you can't even really tell what's going on, and I was meant to be performing in community theatre. And they hit playback of my voice, my vocal recording, and called 'Action'. And it was like I had a panic attack that manifested in all the ways that it does, that it can, so, like, I just took off running. Running, like around the theatre, around backstage. I was running around, and then just started laughing hysterically, and everyone on the crew's like, 'What's she doing?' Running around, laughing and then started crying. It was like extreme flight mode."