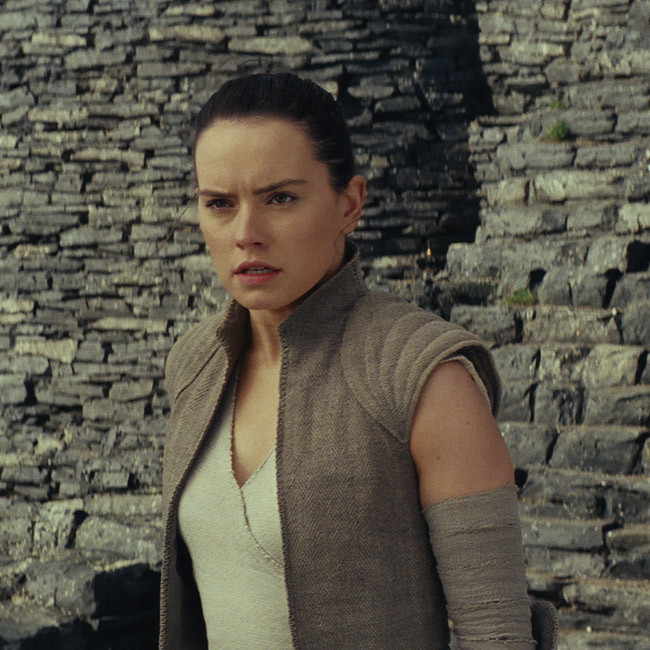 The 28-year-old actress played the Jedi in the sequel trilogy of the iconic space movie series and found it easy to relate to her alter ego as they were both "trying to find their way in the world".

In an excerpt from 'Star Wars: The Age of Resistance – The Official Collector's Edition Book' – which chronicles the making of the sequel trilogy, Daisy explained: "Family is what 'Star Wars' is all about. The family thing is translated everywhere.

Daisy continued: "The similarities were really nice. Because I felt so welcomed, and taken in, and people seemed to care how I felt, that translated into Rey. She suddenly had these people who cared about her, and she was finding her place within that."

Daisy recently revealed that she "wept all day" when she wrapped production on her final film, 'The Rise of Skywalker' as was saying goodbye to her role and her co-stars, who included John Boyega, Oscar Isaac, Adam Driver, Joonas Suotamo and Anthony Daniels among others.

Daisy said: "When we wrapped ('The Rise of Skywalker') I wept all day.

"I felt like I was going to pop a vein because I was crying so much."

Ridley added that it felt as if she was "grieving something" when her work on 'Star Wars' finished.

She said: "Obviously not to say that it was like grieving, but it was grieving something. I'll always have it, and we're all bonded by this incredible thing."

The 'Ophelia' star added that she was "totally satisfied" with how Rey's story played out.

Daisy explained: "I think for me the beauty of Episode IX is it ends with such hope and such potential.

"I just feel like that was Rey's perfect ending. The big battle was in Episodes VII, VIII and IX. I think really she's probably running around the forest somewhere having a great time (following 'The Rise of Skywalker'). I feel totally, totally satisfied with how that story finished."