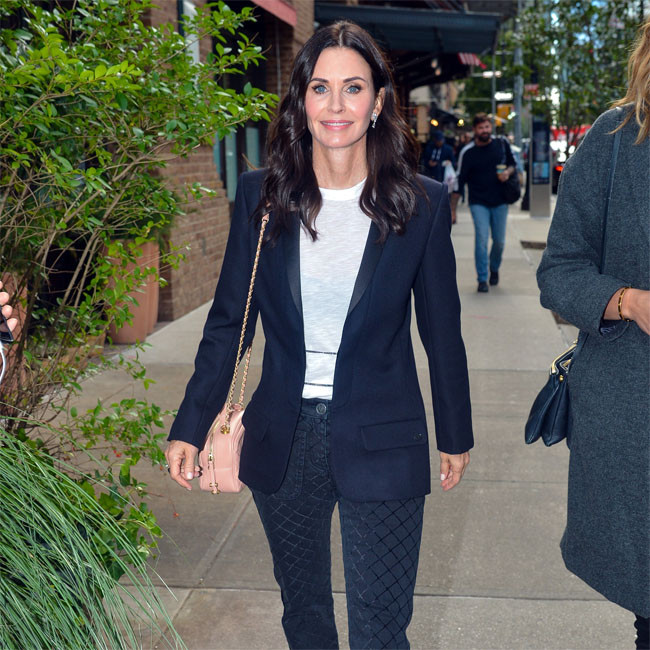 Courteney Cox has revealed David Arquette was supposed to be killed off in the first 'Scream' movie.

The 57-year-old actress admitted the franchise could have been very different but movie bosses realised how popular his character, cop Dewey Riley, would be with viewers so had a change of heart and tweaked the plot of the 1996 horror classic.

Courteney told Pedestrian TV: "There was a time, I think it was in the first 'Scream', where David’s character Dewey was gonna be killed off.

"Then they saw how he came across and people loved him so they scrapped it."

David and Courteney - who married in 1999 but split in 2010 - recently reunited for a fifth 'Scream' movie and the actor admitted it was "really tough" working on the film without beloved director Wes Craven, who passed away in 2015.

He said: "This is the first 'Scream' film without Wes and it’s been really tough."

It has been almost 25 years since the first 'Scream' hit cinemas and the cast believe the franchise has the potential to continue for years to come.

He insisted': “I actually do think 'Scream' will be able to live on.

“When you start something like Kevin Williamson and Wes Craven did, and really grounded it in this iconic character (Ghostface) that’s now sort of on the Mount Rushmore of horror characters, you know it will have life.”

Neve Campbell added: “It would seem people aren’t getting bored of these films. I know when I see fans they’re always asking me when we’re going to make another one.”

Courteney promised fans the new movie will live up to the standard set by the original.

She said: “'Scream' will always be a classic. I want [the fans] to know they’re going to experience a movie that’s very similar to the first one.

“It’s scarier, probably, than it was 25 years ago. So it’s up to date in a different way.”