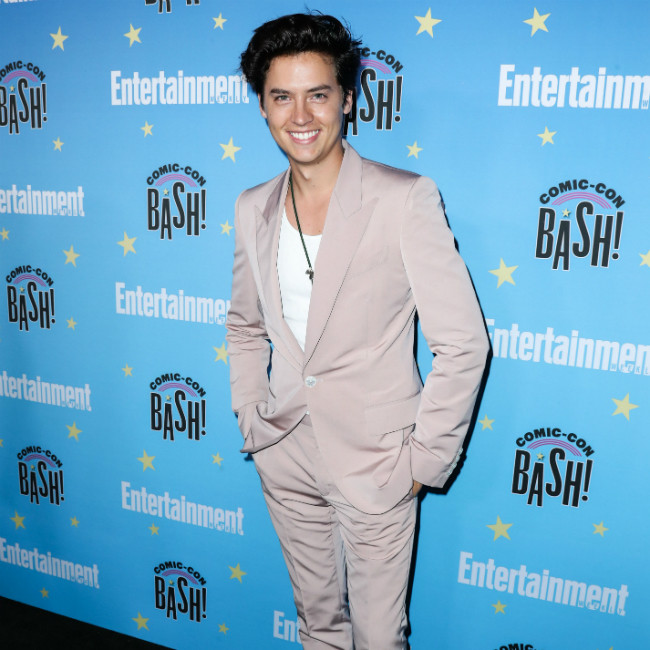 Cole Sprouse is to star in 'Moonshot'.

The 28-year-old actor will feature alongside Lana Condor in the romantic comedy with a sci-fi twist. Chris Winterbauer has been tapped to direct from a screenplay written by Max Taxe.

The plot takes place in the future where Mars is terraformed and colonised by the best humanity has to offer. Two very different college students end up joining forces and sneak onboard a space shuttle to the red planet in order to be reunited with their significant others.

Greg Berlanti and Sarah Schechter – who have worked with Cole on the TV series 'Riverdale' – are producing the film through their Berlanti/Schechter banner along with Jill McElroy and Jenna Sarkin of Entertainment 360.

Mike McGrath is executive producing for Berlanti/Schechter along with Dana Fox.

Lana shot to fame for her role as Lara Jean Covey in the 'To All The Boys' trilogy and admits that she felt bereft when the series came to an end with 'To All the Boys: Always and Forever'.

The 23-year-old star said: "These movies have been such a huge part of my life for years, and have been very integral to how I am today as a young woman. It almost feels like you’re saying goodbye to a part of yourself."

Lana revealed that she was shocked by the success of the first film and found it difficult to cope with the fame that came as a result.

She said: "We honestly made it as an indie. So we didn’t even know if anyone would see it or pick it up let alone have the reaction it had on people.

"It’s a very weird thing to watch your life change for the better and for the worse right before your very eyes in a very short period of time."