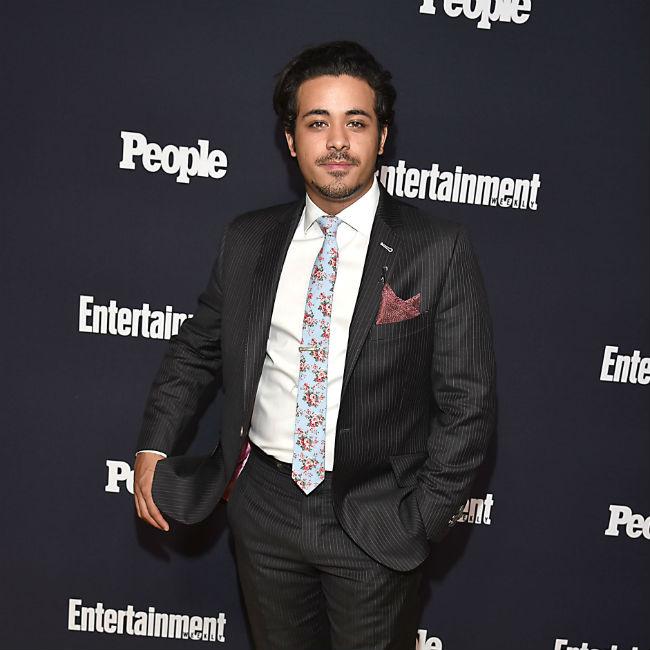 Christian Navarro has slammed Disney over Jonah Hauer-King's casting in 'The Little Mermaid'.

The '13 Reasons Why' star blasted the studio for an alleged lack of diversity following the news the British actor would be starring as Prince Eric - a role Christian had reportedly been in the running for - opposite Halle Bailey as Ariel in the upcoming live-action remake of the classic fairytale.

In a since-deleted post on Instagram, Christian shared a photo of Jonah and wrote: "Literally @disney saw a who's who list of actors of color and STILL went with the white guy.

"So much for diversity. I guess two brown leads would have tanked the movie right? Boring."

The 28-year-old actor also reactivated his Twitter account to express his frustration about the casting, before deactivating his profile once again.

He wrote: "Just came back to say; after months of seeing every person of color they could think of for the role of Prince Eric, @DisneyStudios somehow still cast a white guy.

"I guess diversity is just a word. And THATS Hollywood.

"One brown person is enough, two brown leads is unthinkable."

Halle - who found fame as one half of R&B duo Chloe x Halle with her sister Chloe after their YouTube cover songs went viral - has had to deal with some backlash after being chosen by Disney for the iconic part as Ariel in the cartoon version was white with red hair, whilst she is African-American, but she previously insisted she isn't paying attention and is simply "grateful" for the opportunity.

Halle previously said: "I just feel like this role was something bigger than me, and greater. I feel like I'm dreaming and I'm just grateful and I don't pay any attention to the negativity. It's going to be so beautiful and I'm just so excited to be a part of it."