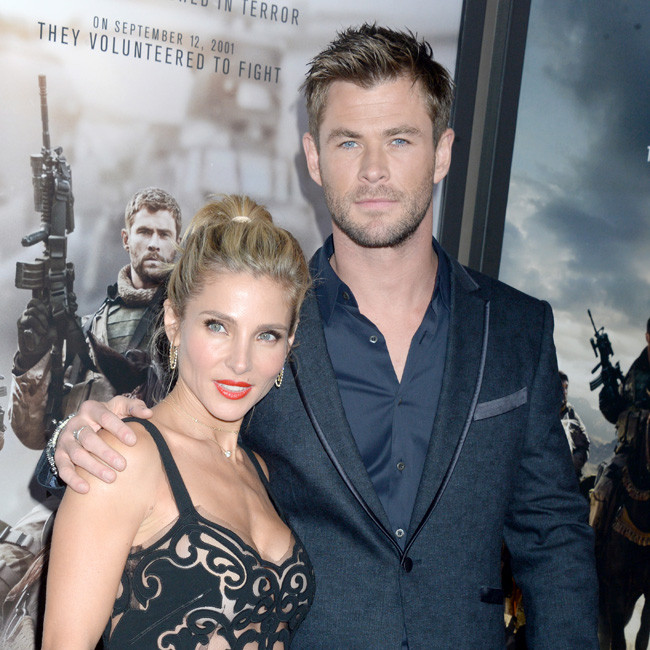 Chris Hemsworth is helping his wife Elsa Pataky get in shape for her new movie.

The 44-year-old actress had to be in prime physical condition to play an army lieutenant in ‘Interceptor’ so her ‘Thor’ star husband has been sharing tips and enjoying workout sessions with her.

She told HELLO! magazine: “As you know, I’m always training and keeping fit because I like to have a toned body. But for this role, I had to take things to a whole other level.

“I’m now doing more weight training, because I needed to boost my physical strength… I needed to be very agile too. It was very tough.”

But while her training has been “tough”, Pataky – who has daughter India, eight, and seven-year-old twins Sacha and Tristan with her man – is keen to maintain the routine when shooting ends.

She said: “I feel great. This is a very intense training – and once we’re done with the film, it’s not something I’ll keep doing.

“It takes up too much time – time that I prefer to spend with the kids.”

Hemsworth is also a fan of the darker hair his wife is sporting for the role.

She added: “The director wanted the character’s hair to be a little more chestnut and I was happy to oblige. Actually, Chris likes it.”

The role is a dream come true for the Spanish actress because she’s always “really wanted” to be in an action film.

She said: “I play a really strong woman, physically and mentally – a real fighter, a lieutenant in the US army, with a real sense of duty.

“It’s an action film, from start to finish. I’d always really wanted to be in an action movie.”