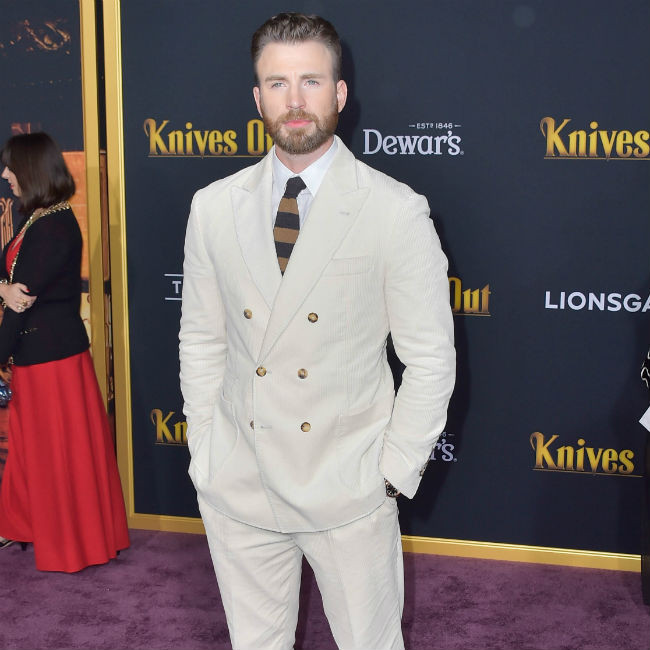 Chris Evans lived a dream during the making of Lightyear

Chris Evans felt like a "kid in a candy store" during the making of 'Lightyear'.

The 40-year-old actor voices Buzz Lightyear in the upcoming 'Toy Story' spin-off and explained that he couldn't believe he got the chance to lead the cast of a Pixar film as such an iconic character.

In a behind-the-scenes feature with PEOPLE, Chris said: "The movie 'Toy Story' was such an impactful film. It's so iconic and the characters had such variety. They just offer something that's so relatable.

"This film is the origin story of Buzz Lightyear. It's the story that made Andy and his friends want to go buy a Buzz Lightyear toy."

The 'Captain America' star added: "I'm a massive Pixar fan. I was a kid in a candy store. It's unlike any Pixar movie to date."

The movie is set to be released later this month with Chris leading a cast that includes Keke Palmer and Taika Waititi and the former says the new flick "raises the bar" when compared to 'Toy Story'.

The 28-year-old actress said: "I've been a fan of Buzz since the first time that I saw 'Toy Story'. It was one of my favourite movies.

"'Lightyear' raises the bar. It's an intergalactic experience."

Chris was first announced as the voice of Buzz Lightyear back in 2020 and the actor recalled his delight about being offered the chance to take over from Tim Allen as the voice of the toy.

He wrote on Instagram at the time: "My team could barely contain their excitement when they told me that Pixar had a pitch for me. All they said was 'Buzz Lightyear.' I didn't know what that meant, since Tim Allen is Buzz Lightyear, and no one could ever touch his performance. I needed to know how this character was different and why this story was worth telling.

"I can say 2 things with absolute confidence: 1. I didn't stop smiling through the ENTIRE pitch. Ear to ear. 2. Everyone can rest easy. And get very excited. Trust me when I say that they REALLY know what they're doing over there. This one is gonna special, and it doesn't step on a single thing. I can't even put my excitement into words. I smile every time I think about it (sic)."