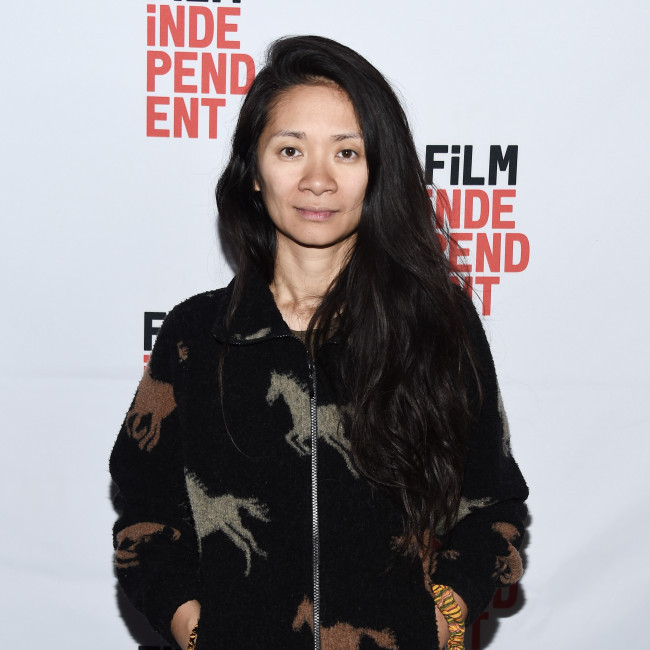 The 38-year-old filmmaker directed, wrote produced the acclaimed film and confessed that she was always making changes to the story.

Chloe said: "I'm happier in the editing room than I am anywhere else in the process.

"I grew up with manga. I wanted to be a manga artist. So before I knew I could tell stories in words, I was telling stories in pictures, in edited pictures.

"When I'm writing a script, I'm editing in my head. On set I will be thinking about how I'm going to edit it. The script doesn't finish until the morning of the last day (of the shoot)."

The contemporary drama looks at modern nomads and stars Frances McDormand as Fern, a woman adjusting to the way of life, and real nomads Linda May, Bob Wells and Charlene Swankie. Chloe admits that she had to strike a "delicate balance" when it came to the tone of the project.

Chloe told The Hollywood Reporter: "There was a choice of everything in the film being Fern's perspective, even if it's a shot that's looking at the redwoods.

"There is also a delicate balance (in the edit) of how much you can go with landscapes without checking back to Fern. Because the moment you lose that perspective, you're out of it. It becomes a travel video."

The movie includes scenes where the real-life nomads share their experiences and Chloe accepted the imperfections that could come with their performances.

She explained: "It might seem a bit more like it's unscripted because that is a goal: You want the performer to feel in the moment.

"When they get to set, they are not going to deliver exactly the same thing, but they know how to tell their story."