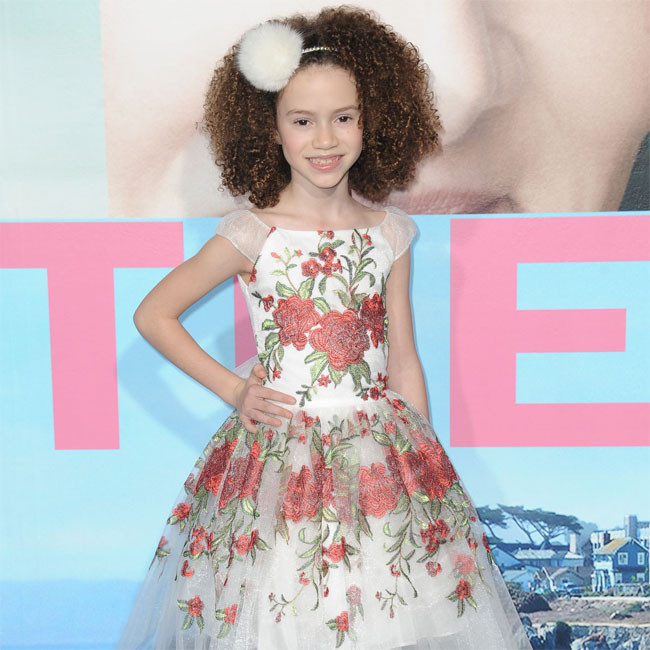 Chloe Coleman has joined the cast of the 'Dungeons & Dragons' film.

The 'My Spy' star will appear in an all-star ensemble for the movie, which is based on the decades popular fantasy tabletop role-playing game, with Chris Pine, Michelle Rodriguez, Rege-Jean Page and Hugh Grant.

It is not yet known who Chloe will be playing in the flick and plot details are also being kept a secret. Jonathan Goldstein will direct the project from a script by John Francis Daley.

'Dungeons & Dragons' - now owned by Hasbro - was designed by Gary Gygax and Dave Arneson, and first published in 1974 by Tactical Studies Rules, Inc. (TSR) and is a tactical war game played out using mythical miniature figurines and platforms to create armies, kingdoms and weaponry and polyhedral dice and are used to resolve random events.

The game was previously brought to the big screen in a 2000 movie starring Marlon Wayans, Zoe McLellan and Jeremy Irons, however, the movie flopped at the box office.

Chloe will also be starring with Jennifer Lopez and Owen Wilson in the romcom 'Marry Me', which has seen its release delayed until 2022, and in the highly-anticipated sequel 'Avatar 2'.

'Marry Me' will now be in time for Valentine's Day 2022. It had been set for release in February this year before the coronavirus pandemic intervened and set it back to May before the latest date change.

The forthcoming film sees Jennifer and Maluma play two music superstar lovers, who are all set to marry in front of their adoring fans – but just minutes before their vows she makes the shocking discovery that he has been unfaithful.

As a result, Lopez's character picks out a random fan, who is played by Owen Wilson, to wed instead after he holds up a "marry me" sign at one of her concerts.