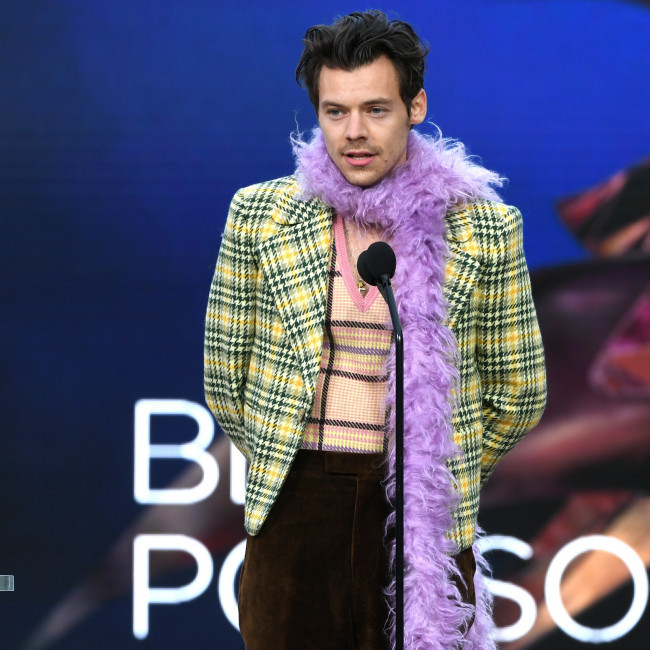 Chloé Zhao has 'kept tabs' on Harry Styles since Dunkirk

Chloe admitted that Harry and Eros were very much a "package deal" and she only wanted to introduce the character to her movie if he was portrayed by Harry.

She told Deadline: "Harry as Eros was very much a package deal for me. I pitched the idea of Pip the Troll [voiced by Patton Oswald in Eternals] and Eros to Kevin [Feige, Marvel Studios President] a while back, and I love the idea of exploring an Eternal who is beyond Titan and who may have influenced Thanos throughout the years the same way Eternals influenced us, earthlings.

"And then, it wasn’t like I suggested Eros, and let’s go find actors. I kept tabs on Harry since Dunkirk, I thought he was very interesting. After meeting him I saw he is that character—the same way I cast the rest of my cast. There’s so much of Eros in him. For me, if he says yes, and Kevin says yes, then it’s a go. And I’m very happy they both did."

Harry appears in a post-credits scene alongside Patton, in which their characters meet up with Thena (Angelina Jolie), Druig (Barry Keoghan), and Makkari (Lauren Ridloff), who are left confused and need assistance after Arishem the Judge (David Kaye) takes Sersi (Gemma Chan), Kingo (Kumail Nanjiani), and Phastos (Brian Tyree Henry).

And Richard Madden, who plays Ikaris, admitted he is excited to see how their characters fit into the Marvel Cinematic Universe.

He said: "It’s all still a mystery. I want to know more about that little goblin that popped up. Who is that guy?"