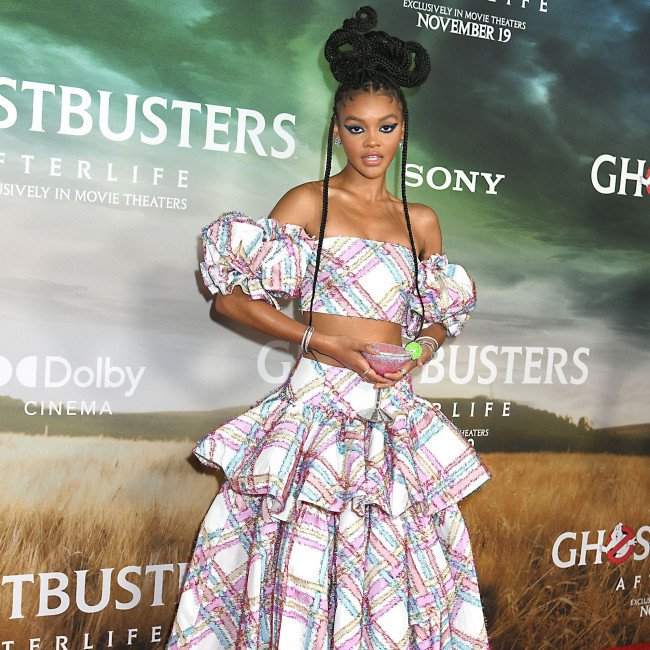 Celeste O'Connor has been cast in 'Madame Web'.

The 23-year-old actress has been tapped to star alongside Dakota Johnson and Sydney Sweeney in the latest installment in Sony's Universe of Marvel characters, although her role is yet to be disclosed.

The film serves as an origin story for Madame Web – a clairvoyant whose psychic abilities allow her to see within the spider world itself.

In the Marvel comics, Madame Web is a paralysed, elderly woman with a myasenthia gravis – a chronic autoimmune disorder requiring her to connect to a life support system that resembles a spider's web.

Her supernatural abilities prove to be beneficial to Spider-Man and his allies, although her condition means she has never battled villains herself.

S.J. Clarkson is directing the movie while Matt Sazama and Burk Sharpless – the duo behind Jared Leto's film 'Morbius' – are writing the screenplay.

'Madame Web' is Sony's first modern comic book adaptation that will feature a female character in the headlining role. It is one of several Spider-Man spin-offs in the pipeline, including 'Kraven the Hunter', which will star Aaron Taylor-Johnson and Ariana DeBose.

Sydney recently revealed that she has been studying comic books intensely to prepare herself for the flick.

The 'Euphoria' actress said: "I've been ordering a bunch of comic books. There's a lot to learn."

Sydney is a big fan of Marvel and Sony superhero movies and explained how she spent many of her formative years watching them.

The 24-year-old star said: "I've always been a really big fan of all of the Marvel and Sony Universe movies. I've grown up watching them all and I've been engulfed in the entire world my entire life, so being able to be a part of that is such an incredible, incredible thing."