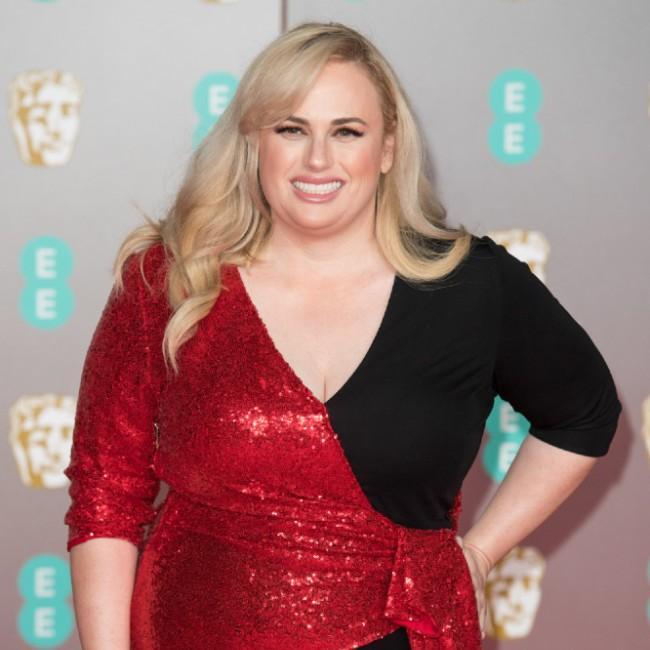 Rebel Wilson joked about 'Cats' dying with the critics at the BAFTA Awards.

The 39-year-old actress - who played Jennyanydots in Tom Hooper's big screen adaptation of Andrew Lloyd Webber's musical - referenced the box office flop and the reaction it received from critics and viewers alike as she stepped out to present the best director prize on Sunday night (02.02.20).

Commenting on her outfit, she quipped: "The red is from that one time I didn't win Miss Australia, and the black is from a funeral I just went to for the feature film 'Cats.' "

Wilson also laughed about the film's lack of award show success as she poked fun at the ongoing diversity row with no women being nominated for best director.

She joked: "'Cats'. Strangely not nominated for any award.

"I'm not sure if everyone here is across the controversy but this year there has been a distinct lack of nominations for felines.

"Yep, even in this best director 'cat'-egory, no felines have been nominated. It's really shocking."

Wilson did reference the controversy directly, as she listed the nominees - Martin Scorsese ('The Irishman'), Todd Phillips ('Joker'), Bong Joon-Ho ('Parasite'), Quentin Tarantino ('Once Upon a Time in Hollywood) and eventual winner Sam Mendes ('1917') - for the category.

She added: "I look at the exceptional, daring talent nominated in this category and I don't think I could do what they do.

"Honestly, I just don't have the balls."

Meanwhile, her 'Cats' co-star Jason Derulo previously defended the film from the backlash, and insisted the project has defied "all rules".

"But it's an incredible piece of art done by some of the best people in the world.

"I am just excited for the people to actually see it because reviewers, I mean, what the hell do they know? Have they made a film ever in their life?"