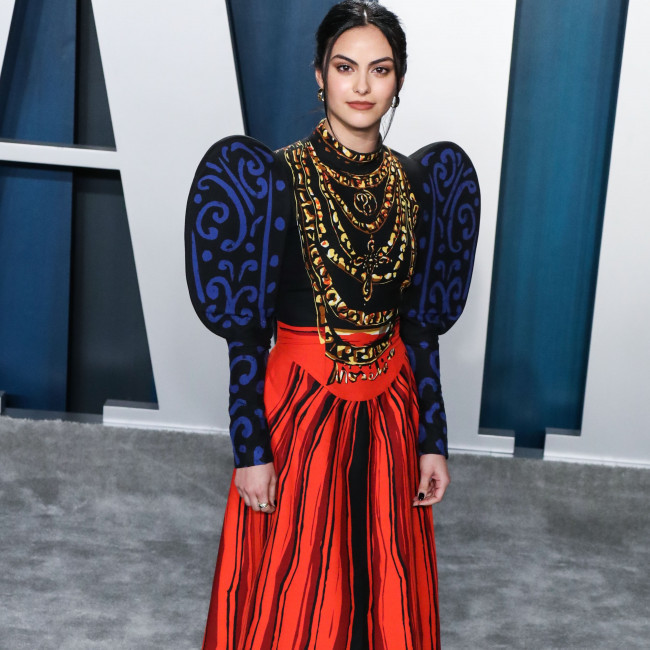 Camila Mendes to star in and executive produce Musica

Camila Mendes will executive produce and star in 'Musica'.

The 27-year-old actress has signed on the feature opposite Rudy Mancuso in the rom-com for Amazon Studios.

The Prime Video movie is going into production this summer with Rudy directing and writing the script with Dan Laguna. He is also set to compose the flick's original score and soundtrack.

The film tells the story of a young man (Mancuso), plagued by the music in his head, who comes to terms with an uncertain future while balancing love, family and Brazilian culture in New Jersey.

McG and Mary Viola will produce the movie through their Wonderland Sound and Vision banner.

Mancuso said: "I'm beyond excited to have this wildly gifted mind of Camila join this special journey of 'Musica', where we're telling an authentic Brazilian-American story through the eyes of a synesthete."

Viola added: "We are thrilled to team up with Cami, both in front of the camera and behind it.

"Not only is she one of the most talented actresses of her generation, she also brings an authenticity to the project with her cultural knowledge of Brazil."

Camila is also set to appear as the girlfriend of Pete Davidson's character in the upcoming film 'American Sole'.

The film follows a pair of twentysomethings - played by Pete and O'Shea Jackson Jr. - who clear their college debt by using the quick cash of the after-market sneaker trade. However, their American dream soon becomes a nightmare after their start-up runs out of money and a shady investor becomes their only way out.