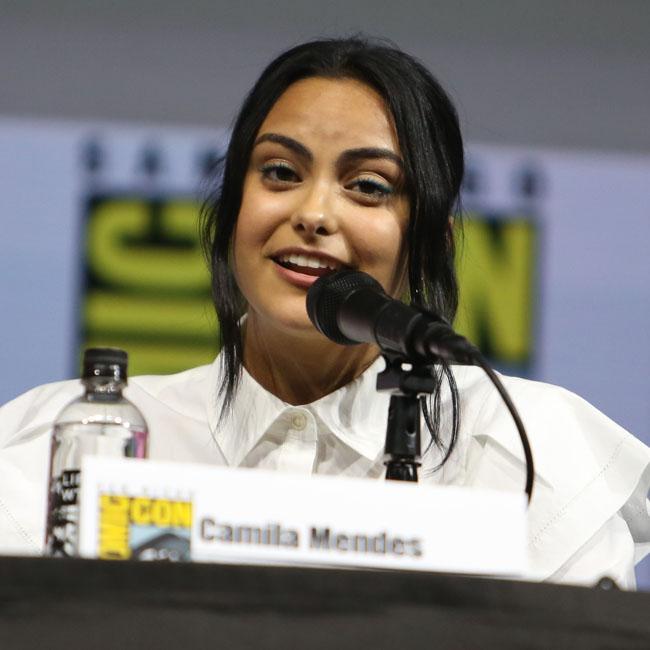 Camila Mendes has joined the cast of 'American Sole'.

The 'Riverdale' actress has signed up to star in the comedy as Jess, the girlfriend of Pete Davidson's character, Deadline reports.

The film follows a pair of twentysomethings - played by Pete and O'Shea Jackson Jr. - who clear their college debt by using the quick cash of the after-market sneaker trade. However, their American dream soon becomes a nightmare after their start-up runs out of money and a shady investor becomes their only way out.

The movie will be produced by Kevin Hart and basketball star Chris Paul, while Ian Edelman has penned the script and will also be directing the film.

Chris - who is producing for the first time through his Oh Dipp!!! banner previously said: "'American Sole' is a story about the highly exciting, very profitable sneaker industry and the secondary sneaker market. With my own personal passion for sneakers and the culture that drives it, I'm excited to be a part of telling this entertaining story."

Adam Fogelson, chairman of STXfilms, added: "We're always looking for ways to tap into the zeitgeist, and anyone who's paying attention to popular culture around the world knows that this particular trend authentically marries the worlds of fashion, music, sports and business and this project has garnered genuine interest in all of those key verticals.

"We believe we have assembled a dream team of filmmakers, and with the cast led by Pete, we couldn't ask for a more exciting fit for STXfilms."

Camila is best known for her work on 'Riverdale' but was most recently seen in Hulu movie 'Palm Springs'.