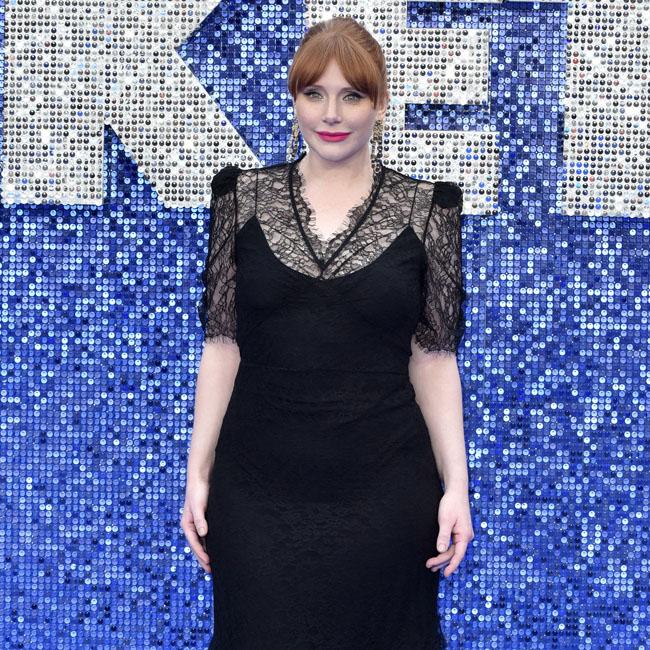 The 38-year-old actress played Sir Elton John's mother Sheila in the biopic but due to shooting restrictions and the need for Bryce to keep her hair a certain length for her role as Claire Dearing in the 'Jurassic World' franchise Lizzie was unable to do much with her natural locks.

But Lizzie - who has previously worked on 'Guardians of the Galaxy' and 'The Mummy' - came up with a plan to use a hairpiece originally created for Richard, who played Elton's manager and lover John Reid opposite Taron Egerton as the musician.

Speaking exclusively to BANG Showbiz, she said: "We had a lot of late castings on 'Rocketman' because the money came in quite late.

"Bryce Dallas Howard came in playing Elton's mum. We weren't planning on doing anything with her look as we didn't have the time.

"I sat Bryce down in the chair and she gave me permission to cut her hair. I was trying to make it look more 50s. She then told me she could only have an inch because she was doing 'Jurassic Park' soon, and that wasn't going to work."

Lizzie's moment of inspiration came whilst she was "rummaging around" to find something that resembled Sheila's hairstyle.

She said: "I then had an idea as I was rummaging around trying to find something that looked like Elton's mum's hair. We wanted to accurately present the people in Elton's life.

"We pulled a wig out of one of the boxes that had been made for Richard Madden. She was up for trying it on and it was close to Elton's mum's hair.

"She ended up wearing Richard Madden's wig. We had to tweak the hairline and make it more of a female hairstyle."