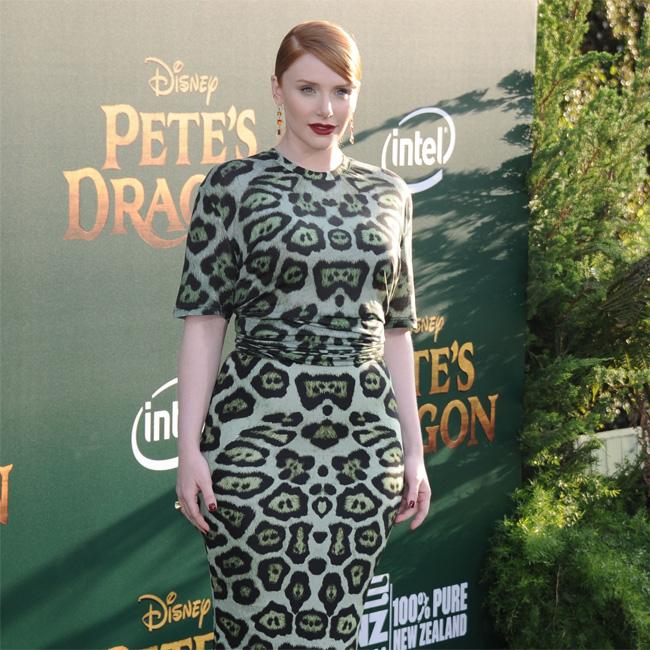 Bryce Dallas Howard on Jurassic World filming: We are the guinea pigs

The 39-year-old actress has returned to work amid the global health crisis, as the sixth installment of the 'Jurassic Park' franchise has become one of the first major Hollywood blockbusters to restart production since March.

Filming is taking place in England, at Pinewood Studios outside London, and Bryce has admitted she feels like a test subject, as Hollywood will be looking at the movie to see if it's truly safe to return to film sets.

She said: "Until now, actors were not really included in prep. But in order to get any of us on a plane, we had to thoroughly understand the protocols, who was involved and hear second and third opinions. We are the guinea pigs who are going to take the leap."

To keep people safe on set, cast and crew receive coronavirus tests three times a week, and the sets are fogged with an antiviral mist before each use.

Chairs used by the actors between takes are surrounded by orange cones to remind people to remain socially distant, and people must wash their hands before entering or leaving a set.

And Donna Langley, the head of Universal's Filmed Entertainment Group, has said the return to production is "symbolic for the industry".

She added: "If a production of this magnitude can successfully manage through the uncertainties of filming amid a pandemic, and keep people working and the production pipeline moving, there is a light at the end of the tunnel for film shoots of all sizes to create safe and sustainable environments."

Bryce also believes the current protocols should "stay in place" even after a vaccine for the virus is developed, because they are "improvements" to film sets.

Speaking to The New York Times newspaper, she said: "After being on set, all of us actors hope that these protocols stay in place. Because they are improvements. Nothing feels like a redundancy, nothing feels annoying. It is in a sense a safety reckoning that still feels like a good idea in a post-Covid-vaccine world."