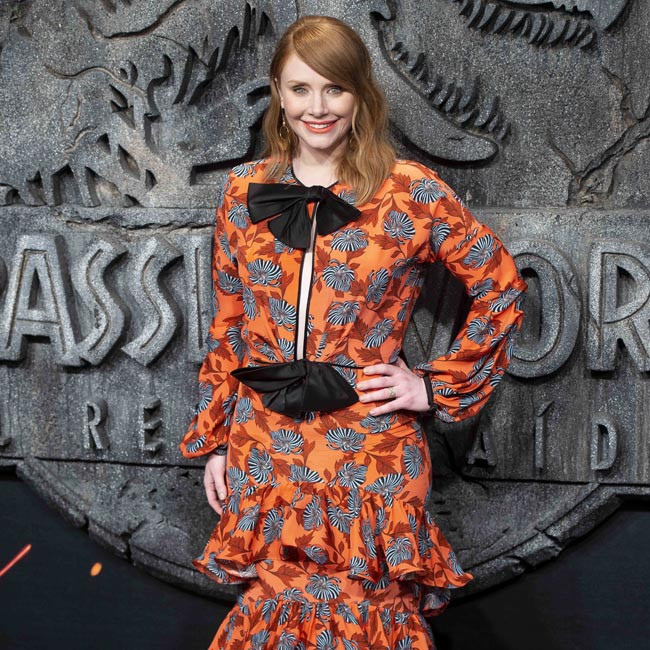 The 41-year-old actress - who plays Claire Dearing in the latest film in the blockbuster dinosaur franchise - was let loose with the scissors and offered trims to her colleagues when filming the blockbuster amid the COVID-19 pandemic and living in a bubble with everyone.

Appearing on SiriusXM’s 'The Jess Cagle Show' with her co-stars and the movie's director Colin Trevorrow, she said: "I was like, ‘Sit down everyone.’ Because honestly what’s so amazing is that in order for us to go back to filming, we all needed to agree to live together in a hotel. And when I say we, this is not just the actors, these are our families. These are folks who are working with us as assistants and stand-ins and doubles because we were the ones that were all together and needed to be a bubble together. And so the folks who weren’t actors and going to set and getting their hair trimmed for five months literally didn’t have a haircut. So those were the folks whose hair I cut.”

Bryce quipped: “Those were my victims. Your mother-in-law I believe I cut her, her bangs.”

He said: “She’s a great barber. She was cutting everybody’s hair on off-days."

However, Bryce insisted she shouldn't be trusted with a pair of scissors.

She replied: “Not great.

“I attempt, I’m more confident than I am talented and that’s dangerous.”

He said: “You’re awfully humble about it now.”

The 74-year-old actor reprised his role as Dr Alan Grant and revealed that he closely bonded with his fellow cast members during the shoot in the UK in 2020.

He said: "It was an extraordinary time. We were pretty much confined to quarters for the duration and it brought us all close together than we thought possible."