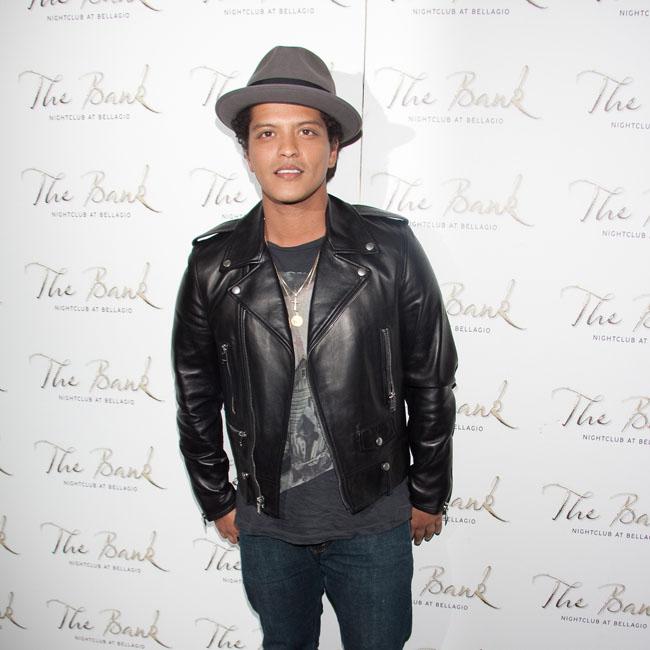 Bruno Mars to produce and star in Disney movie

Bruno Mars will produce and star in a musical-themed Disney movie.

The 34-year-old singer has reportedly made a deal with Disney to star in and produce a music-themed theatrical narrative feature, which is currently being developed by the studio.

According to Deadline, the plot is being kept under wraps, but it is believed the production will consist of mostly original music that Bruno will create and perform.

The '24K Magic' hitmaker teased the news in an Instagram post this week, when he posted a video of himself playing Disney theme song 'When You Wish Upon A Star' on a piano.

The clip was captioned: "If your heart is in your dream

"No request is too extreme

"When you wish upon a Star #MarsMeetsTheMouse #ImGoingToDisneyland #YESSS!! (sic)"

Bruno is no stranger to appearing in movies, having previously held roles in 'Honeymoon in Vegas' and 'Rio 2'.

The upcoming Disney production is believed to have come out of a long series of discussions between Bruno and Walt Disney Studios production president Sean Bailey.

The pair are now planning to get a writer or writer-director on board to turn the idea into a feature.

The new Disney production will be a big step into the film world for the 'Uptown Funk' singer, who has already achieved success as a singer, songwriter, producer, and musician, with a whopping 11 Grammy Awards to his name.

And recently, fellow musician Ed Sheeran hailed Bruno as an inspiration, after collaborating with him for his latest album, 'No.6 Collaborations Project'.

He said: "He's just a talented writer. And he's so musically talented, he's played every instrument on that [track, 'Blow'].