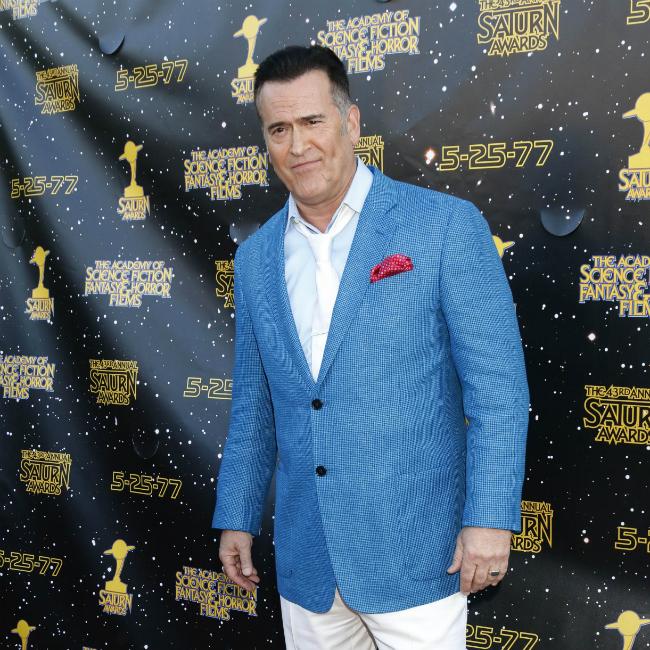 A new 'Evil Dead' movie has been confirmed.

Bruce Campbell - who made his name portraying Ash Williams in the original 1981 supernatural horror movie 'The Evil Dead' - has revealed Lee Cronin will write and direct the next motion picture, which is called 'Evil Dead Now', after being handpicked by the original movie's helmer Sam Raimi.

He said: "We're just getting off the phone with Lee Cronin, who is writing and directing the next 'Evil Dead'.

"It's called 'Evil Dead Now'. Sam handpicked Lee - he did a cool movie called 'The Hole In The Ground'.

"We're going to get that sucker out as soon as practical."

Campbell's character Ash will not feature in the new movie, and the star hinted there could be a heroine taking centre stage this time around.

He added to Empire magazine: "From this point forward, they kind of have to stand on their own. Which is fine. And liberating.

"We just want to keep the series current. And the mantra, really, is that our heroes and heroines are just regular people. That's what we're going to continue."

Earlier this year, Raimi admitted he would be up for making another 'Evil Dead' with Campbell.

He said: "I would love to direct a new 'Evil Dead' movie ... but I'd really like to do it with Bruce. And he says he's retired the character. I hope not."

But Campbell admitted he has retired character Ash.

He said: "I'm done with Ash. I've done everything that I know how to do. And it's OK to let those characters go, because when it's time to get the walker out, and the cane, forget it! Get out before that happens, not after."

Ash was left in a post-apocalyptic future in his last appearance, which came in the 2018 television series 'Ash vs Evil Dead', and Bruce believes he will still be saving the world.