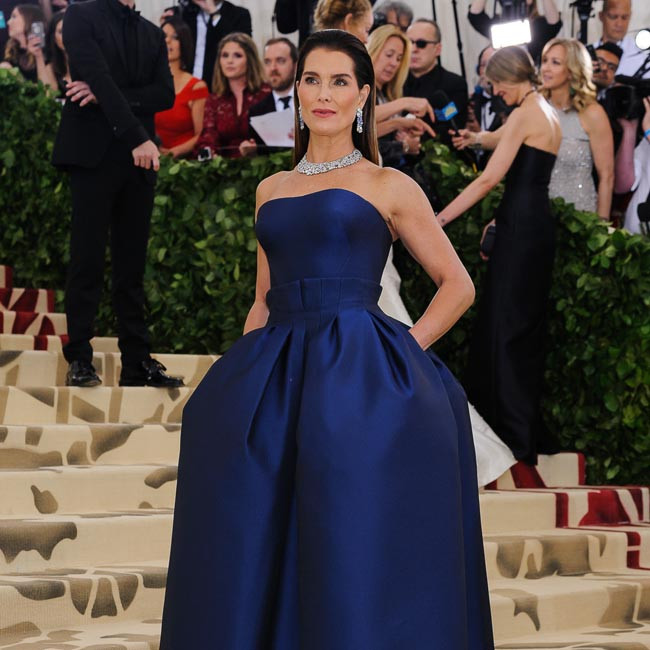 Brooke Shields had to win over her classmates because of her career in Hollywood.

The 55-year-old actress was just 12 when her breakthrough lead role in 'Pretty Baby' hit the big screen in 1978 while she starred in 'The Blue Lagoon' just two years later, and her glitzy life as a teenager meant the other children took some time to warm up to her.

Appearing on the 'Tea With Twiggy' podcast, she said: "Ninth grade was tough, just like being a freshman in college was tough ... I went into a high school and I had just done 'Blue Lagoon' or something ... They were not shy of getting up at the lunch table when I sat down in unison to move en-masse ... Then they get bored with being difficult or caring.

"Then we started studying together, or if I did well on a test then I proved to them that I wasn't getting special treatment."

She revealed how the turning point came when her mum Tina Shields hosted a roller-skating party for "the whole class", which was a wakeup call for the other kids.

She explained: "The kids I thought I was so cool but what they saw while we were at this event was how much I had to work.

"So they're all dancing, and I'm having to take pictures and do soundbites.

"And then I got to dance with them, but I think they saw that I wasn't stuck up, I didn't think I was better than they were.

"And then I still had to take that math test on Monday. It balanced out!"

Meanwhile, Shields also opened up on the difference between her home life with actress and model mum Tina, and her dad Francis, who was a businessman.

The couple split when Brooke was just five months old, but she said: "So I had this seemingly fabulous life with my mom, but then with my dad it was a completely different world.

"It sounds tough but it actually just balanced it all out."