Black Adam was almost Rated R due to heavy violence 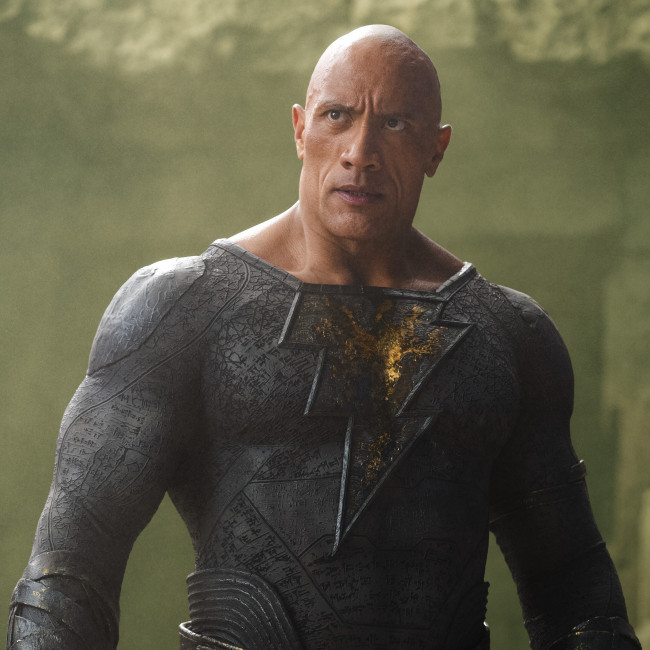 'Black Adam' was originally Rated R due to its heavy violence.

The new DC universe blockbuster - which stars Dwayne 'The Rock' Johnson as the titular superhero - saw producers go "four rounds" with the Motion Picture Association of America (MPAA) as edits were made to secure the film a PG-13 rating.

Producer Hiram Garcia told Collider: "We really wanted to make sure that we honoured the character of Black Adam. One of the things he's known for is his aggression and violence, and to do a Black Adam movie that didn't have that just wouldn’t have been authentic.

"So we always went into this knowing that we were going to push it as far as we did.

"We knew it was going to be a collaborative process with the MPAA to finally get it to where we were able, to get that rating, but we were able to pull it off."

Garcia and co-producer Beau Flynn were able to land the PG-13 rating "four of rive weeks ago", as they and The Rock wanted to stick to the "obligation" that felt to the fans to portray the anti-hero in the right way.

Still, plenty of scenes had to be cut from the movie to help get rid of the R-rated tag.

Flynn revealed: “We had some really cool moments, and if you notice, there are some great moments when Black Adam is in the fly bike chase sequence and drops one of the intergang soldiers.

"Then there's this great moment where the truck bounces over the body. But those are moments that you need and remember in these movies, you know what I mean? You can't play it safe, and you have to go for it.

"And I think we have four or five of those. At one point we had about ten, and we were able to find some compromise with the MPAA on that.”