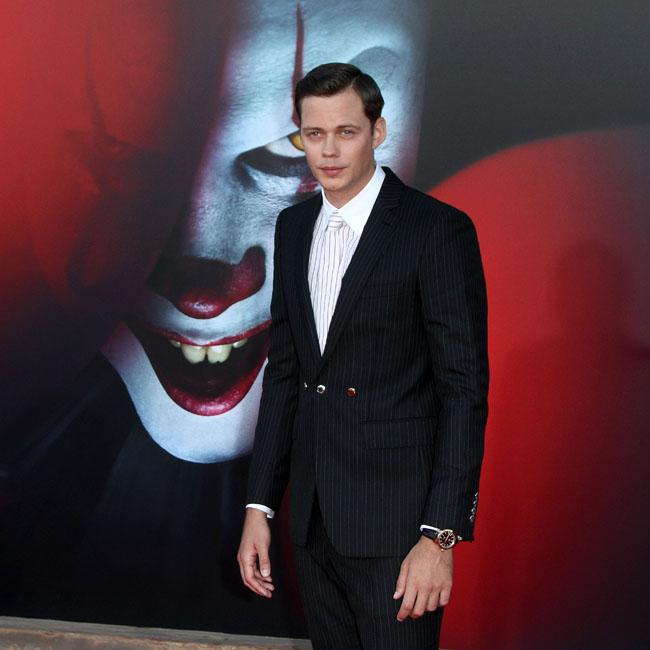 Bill Skarsgard admits that he would love to play Pennywise again.

The 29-year-old actor portrayed the dancing clown in both 2017's 'It' and the sequel 'It Chapter Two' in 2019, and admits he is tempted to play the character for a third time, despite the franchise only being meant to have two cinematic outings.

When asked if he'd slip into the clown costume again, Bill told SFX magazine: "Yeah, for sure. We've been talking about it ever since we started doing the first one. They're like 'Is there a potential third one? What would that be?' "

Bill suggests that there are plenty of ideas left in the franchise - which is based on Stephen King's 1986 horror novel - although he insists that a new project should be isolated from the previous films.

He said: "If we do a prequel, it would be something really different, which could be cool. We have some ideas we've been talking about - like going back to the 19th century or something ...

"Where did It get inspired to take on this form of Pennywise? Was there a Bob Gray? Was there a person before? It's these things that are slightly hinted (at) in the second movie."

Bill adds: "But I wouldn't want to do the same type of thing again. I think if we were to do something, we'd switch up the character a little bit, and kind of surprise people."

The 'Deadpool 2' star also considers 'It Chapter Two' to be the "end of a chapter".

He said: "This is, from what we know at least, the end of a chapter in terms of me and Andy (Muschietti, the director), who have been working on these past two movies for the last couple of years. This is the end. It's saying goodbye to a character."

The first installment of 'It' became the highest-grossing horror film of all time, and Bill admits that the success may lead to more movies.