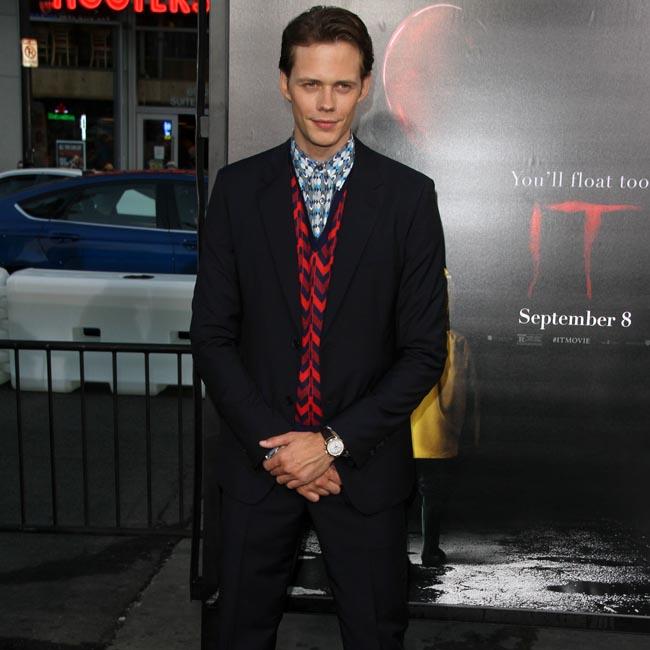 Bill Skarsgard is reportedly set to star in 'Gilded Rage'.

The 'It' actor is said to be attached to the true crime drama, which will be written and directed by filmmaker Charlie McDowell, with Jake Gyllenhaal and Riva Marker serving as producers through their Nine Stories banner.

According to Variety, Skarsgard will play the son of investment banker Thomas Gilbert Sr. in a film based on Benjamin Wallace's Vanity Fair article about his infamous murder.

Thomas Jr. was arrested - after his father's death was originally believed to be a suicide before an investigation proved that to be untrue - and is still awaiting trial.

Although Gilbert originally pleaded not guilt to second-degree murder, he has since resisted any subsequent plea deals, and his mother is still paying for his defense.

Meanwhile, Skarsgard will reprise his breakthrough role as Pennywise the Clown in upcoming sequel 'It - Chapter Two'.

James McAvoy - who also stars alongside the likes of Jessica Chastain, Jay Ryan and Bill Hader in the upcoming horror film - has admitted to being a little bit unnerved by the sight of the leading man when he was wearing his creepy costume.

He previously said: "He's amazing. The guy who plays the clown is terrifying. He's a lovely guy, and yet he really freaked me out.

"I remember standing there with the rest of the cast, all these adults, and we'd all done weird freaky stuff. And we are all looking at each other going, 'I don't like being here. I don't like being an actor today.' He really did, he really freaked me out. I never liked clowns as a kid."