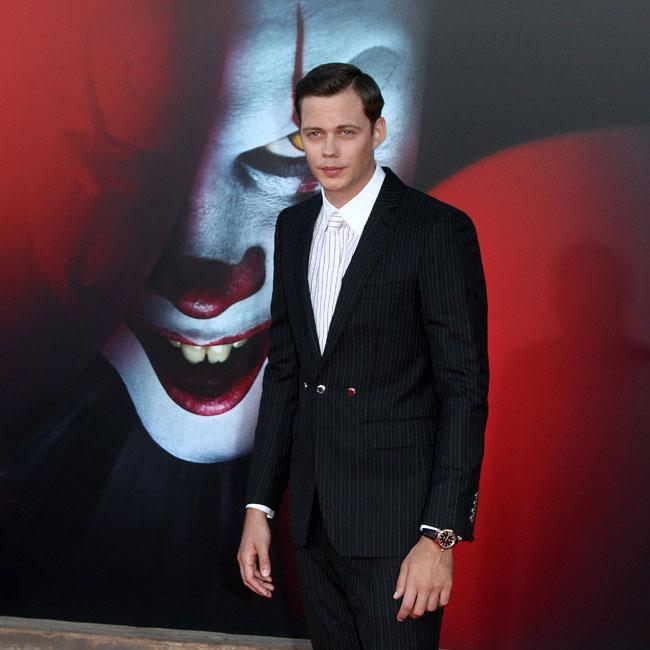 The 30-year-old actor plays the role of US Marine Willard Russell in 'The Devil All the Time', who he describes as being "damaged" from his experience in World War II.

And he admitted he likes to seek characters with depth.

"If I read a character, the more complex and puzzled I am... the more interesting it is to me."

Bill - who played the role of Pennywise in 'It' and sequel 'It Chapter Two' - insisted that it's not just "dark and twisted souls" he looks to play.

He remarked: "I'm definitely not just like going out and looking particularly for (the) most dark and twisted souls to portray."

The 'Atomic Blonde' star revealed that he had to do a lot of the research for the flick, as he needed to learn about West Virginia after the Second World War.

Bill said: "I think this role in a lot of ways was one of my bigger challenges because the character in Willard is so complex and so damaged from what he has experienced in the war.

"And the story itself is taking place in rural America, in Willard's case, in West Virginia in the 40s and the 50s. I was like, 'OK boy, I grew up very far away from that region.'"

Meanwhile, Bill recently dropped out of the Viking-era film 'The Northman', which he had been set to star with his brother Alexander, as a result of a scheduling conflict caused by the coronavirus pandemic.

Asked whether he'll be appearing in the Robert Eggers-directed project, he said: "No, unfortunately. It's been a scheduling nightmare during COVID. It is what it is. It's a big shame.

"Eggers is one of the great filmmakers out there and working with my brother ... I don't want to talk about it, it's going to make me burst into tears."