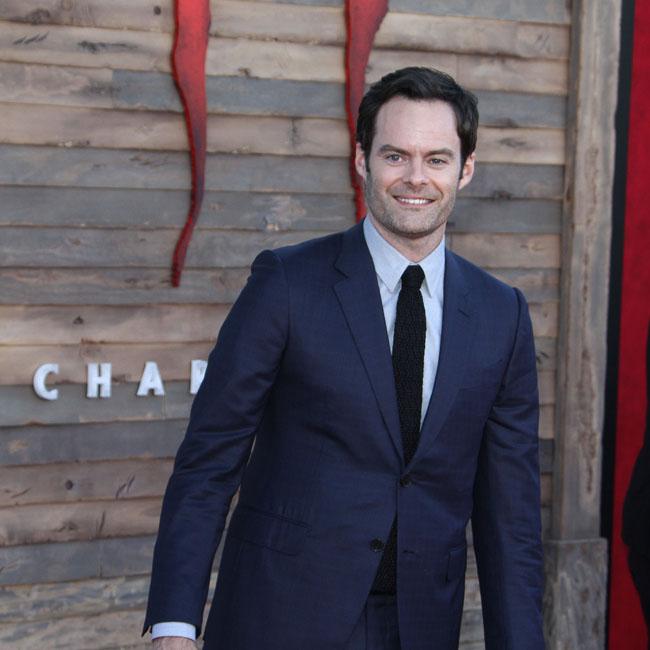 The 41-year-old actor - who played the adult Richie Tozier in the horror sequel - admitted shooting one of the movies' final scenes as the Losers' Club swam together in the "freezing" water was incredibly uncomfortable for the cast.

Speaking on Variety and iHeart Radio's 'The Big Ticket' podcast, he said: "We were all sitting in water and we were all freezing. I just remember Jessica Chastain's lips turned blue.

"I was going, 'We need to get out of the water.' Then Jessica was nice and got us B12 shots. We went up and there was this doctor sitting there and he gave us all B12 shots."

Hader also opened up on director Andy Muschietti's decision to heavily imply that Richie is gay - which wasn't referenced in Stephen King's 1986 novel.

He added: "That was something that we talked about when I arrived. I learned about all this stuff about people thinking they're gay and not knowing if they're gay and that it was implied in the book.

"I think Stephen King said he never thought of it that way but he likes the interpretation. I talked to Andy about it and we had a long conversation. We just decided, 'Oh, let's just do it.' "

Although the twist wasn't the author's original intention, King has suggested Finn Wolfhard and Hader's character's sexuality was an inspired decision.

He said: "No, I never did [build that element in the book]. But again, it's one of those things that's kind of genius, because it echoes the beginning. It comes full circle."

Both the novel and the second movie open with a young gay man called Adrian Mellon who is brutally murdered, and King thought both that and Richie's love for Eddie Kasprak (Jack Dylan Grazer and James Ransom) were linked together.

He explained: "At least there's love involved. Somebody cares for [Eddie]. And that echoes the love that Adrian's partner has for him. So that was cool."