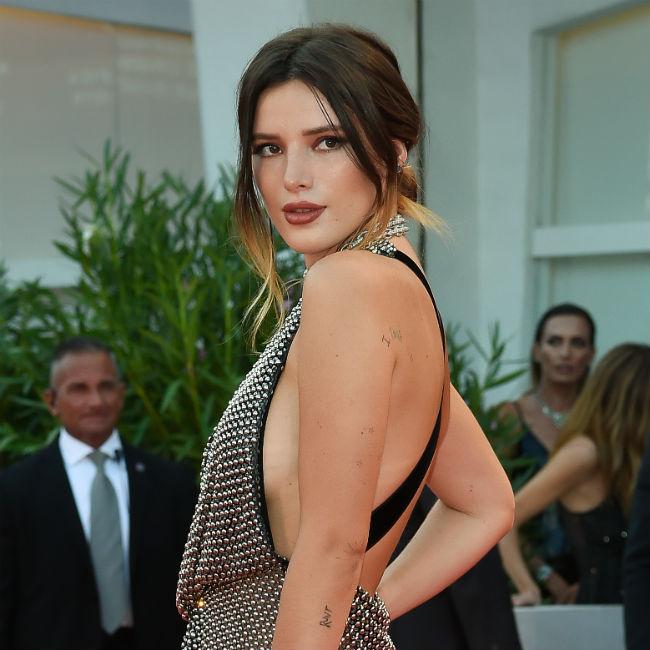 Bella Thorne to star in Habit

Bella Thorne is to lead the cast of 'Habit'.

The 22-year-old actress is to star in the independent flick, which tells the story of a streetwise party girl who gets mixed up in a violent drug deal and finds a possible way out - by masquerading as a Catholic nun.

The project is helmed by Janelle Shirtcliff, who is marking her directorial debut with the movie. She will be directing from a script by Suki Kaiser, based on a story by Janelle and Libby Mintz.

The film is being produced by Donovan Leitch along with a number of companies, including Elevated Films, the group behind the Oscar-nominated picture, 'Mudbound'.

Donovan, Suki, Bella and Libby all serve as executive producers on the film.

Bella gained prominence as child star for her role in Disney channel series 'Shake It Up' and has also appeared in movies such as 'The Babysitter' and 'Amityville: The Awakening'

Speaking about the surprise project, she said: "What inspired me to do this movie was thinking about this relationship between a male and a female and this fight over dominance and how much that relates to us in our general world, besides just a sexual scenario.

"My vision behind the story was basically creating these two dynamic characters that could switch off between dominant and submissive.

"My initial idea was to create a Christmas horror movie, but instead I made a beautiful, ethereal film.