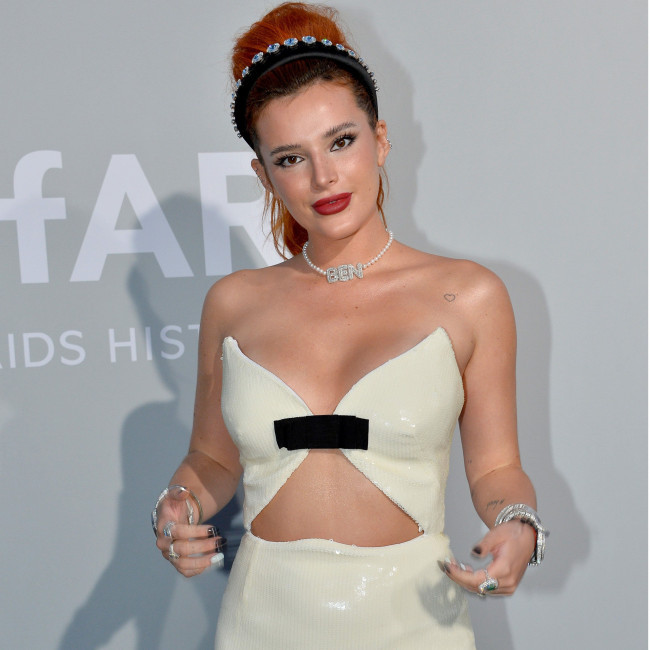 Bella Thorne is to star in the thriller 'Saint Clare'.

The movie centres on Clare Bleecker (Thorne), a quiet student at a catholic college with a gift for killing. The project is based on the novel 'Clare at 16' by Don Roff.

The film will be directed by Mitzi Peirone who has scripted the project with Guinevere Turner. The latter co-wrote the screenplay for the cult movie 'American Psycho'. David Chackler, Arielle Elwes, Thor Bradwell and Joel Michaely are producing the flick.

Producers are in talks with Rebecca DeMornay to join the cast with the casting of other key roles also underway. Production is set to begin in Kentucky soon.

Screen Media have acquired worldwide rights to the project and will launch international sales at the Cannes market next month.

The company said: "With such a talented pedigree, we're thrilled to be continuing our relationship with Cassian Elwes and his Elevated Films banner and working with Bella Thorne again on this powerful project that will captivate audiences."

Elwes added: "We're thrilled to be working with the incredible Bella Thorne; she is so perfect for the role. Mitzi is the real thing, and I can't wait to see what she cooks up for what will be a great franchise."

Bella, 24, rose to prominence for her role on the Disney Channel TV series 'Shake It Up' but only took the part because her family needed the money.

She said: "The reason that we took 'Shake It Up', in the first place, was because we were about to be living on the streets.

"So, it really wasn’t a choice, although I did get off the channel at 15. So it wasn’t even really that long that I was on it. But before that, I’d only done drama."