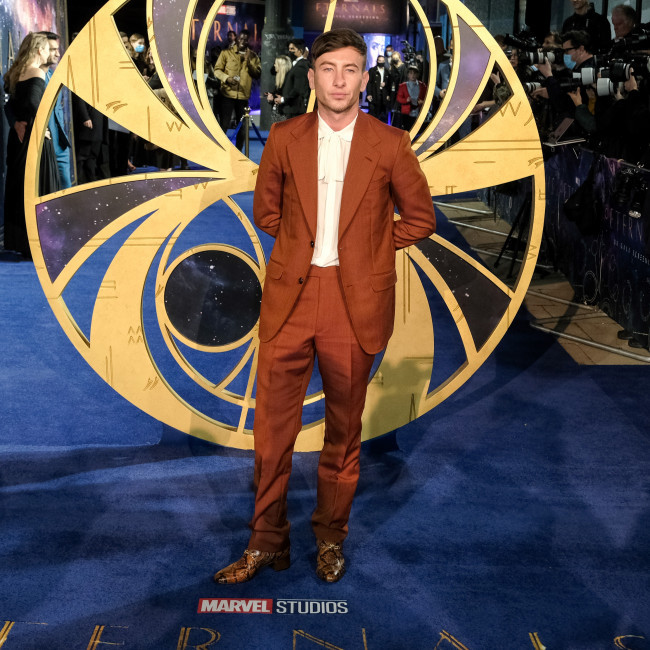 The 29-year-old actor stars in the Marvel Cinematic Universe (MCU) blockbuster as Druig and has admitted he was uncomfortable wearing lots of layers during filming in the Canary Islands.

Speaking to HeyUGuys.com, Keoghan said: "There were three layers to it and I complained everyday about it, especially as we were filming in the heat."

Despite his complaints, the 'Dunkirk' actor admits the outfit did his superhero justice, and all the character "stood out very well".

He added: "All of the outfits are unique to the character and all of the costumes stood out very well."

The star explained that he signed up for Chloe Zhao's movie as he felt the character was different from the roles he has played in the past – and he was delighted that he could use his natural Irish accent for the part.

The 'Green Knight' actor said: "I think we get to see different sides of the character compared to parts I have played before. He has confidence and charm and a mysterious thing about him. I wanted to tackle that and show people I can do more than the weird, creepy kid.

"I get to use my own accent as well which is great. The Irish accent is beautiful and it's nice to get to use your own identity."

Keoghan also explained how featuring alongside stars such as Angelina Jolie, Kit Harington and Salma Hayek in the flick's impressive ensemble made his own acting better.

He said: "I'm a big fan of my co-stars and admire their work and it made me want to perform at the top level. Just being part of that cast was a blessing for me."